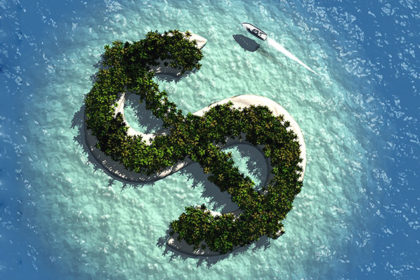 Morocco has failed once again to get out of the EU’s tax haven grey list, although it took a number of measures and enacted new laws, the most recent of which is the reform of the tax system of the Casablanca Finance city.

According to the EU’s updated list released Tuesday October 6, Morocco has been kept on the grey list of tax havens, along with Jordan, Turkey, Thailand, Australia, Botswana, the Maldives, Namibia, Eswatini and Saint Lucia. These countries are given time to reform their tax regimes and improve fiscal transparency.

The grey list, also called the “watch list”, includes countries whose commitments in terms of tax compliance are considered sufficient by the European Union, but their implementation is closely monitored. First launched in 2017, the EU list of non-cooperative jurisdictions for tax purposes is part of the EU’s external tax strategy and aims to contribute to ongoing efforts to promote good tax governance in the world.

Maintaining Morocco on this list is, in itself, no surprise, as the EU is waiting for the finalization of the assessment of the Casablanca Finance City (CFC) tax regime by the Organization for Economic Cooperation and Development (OECD). However, the OECD procedure has been delayed due to the Covid-19 pandemic, which has upset the timetable.

In an annex to the grey list published Tuesday, Morocco, along with Australia, are cited as countries, which had pledged to modify or eliminate their tax regimes, by the end of 2019 at the latest, but were unable to do so due to delays of the OECD Forum proceedings on harmful tax practices. These two countries have been granted a deadline until the end of 2020 to adapt their tax laws. A possible exit of Morocco from the grey list would therefore not occur until early 2021.

Morocco sidestepped being listed in the EU’s tax haven black list in March 2019 after promising reforms.

It has shown willingness to comply with tax standards alongside the EU and made commitments to the European bloc within the framework of continuous negotiations to amend its various organizational laws to get out of the list.

Morocco’s 2020 budget provided for a series of measures to fight tax fraud and evasion and encourage the repatriation of assets held abroad.

The grey list includes countries that have committed to amend or abolish their harmful tax systems, while the black list concerns countries with tax systems that attract companies and wealthy individuals seeking to pay low tax percentages or evade taxes outright.

The tax haven black list includes American Samoa, Anguilla, Barbados, Fiji, Guam, Palau, Panama, Seychelles, Trinidad and Tobago, Vanuatu and the US Virgin Islands. The Cayman Islands and the Sultanate of Oman have succeeded to quit the black list.

The EU establishes its lists taking into account several criteria, including tax transparency, tax justice, and real economic activity. Every country that does not meet these criteria must address its deficiencies by a specific date.