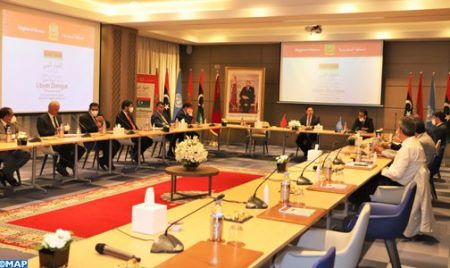 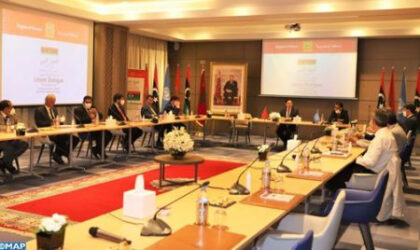 Delegates of the Libyan parliament and the Libyan High Council of state currently taking part in talks in Bouznika, near Rabat, called on the international community to back their talks.

Bouznika talks “reached significant results” at a positive context auguring well for the war-torn country, said Idriss Amrane of the Libyan parliament in an address in the name of all delegates.

Morocco-hosted talks enabled a convergence of views regarding the criteria governing position at senior governmental bodies, he said, recalling that in the first round earlier in September both sides agreed on the need to have unified institutions.

The Libyan delegations also expressed gratitude to Morocco for preparing conditions propitious for a fruitful dialogue in the supreme interests of Libya and its people.

The two delegations raised the need to revamp governmental key bodies and deplored the surge in foreign interferences and internal divides.

For his part, head of the delegation of the Libyan House of Representatives Youssef El Akkouri expressed thanks to Morocco for everything it has presented and continues to present for “peace, harmony, stability and security in Libya,” saying that the Kingdom will always remain a country of generosity to establish peace and unite Libyans.

Head of the delegation of the Libyan High Council of State, Fawzi Al-Agab, highlighted the key role of the Libyan talks, as they have achieved significant progress on the criteria for choosing the occupants of the sovereignty posts.
The presidents of the two delegations also expressed their thanks to the United Nations for its efforts to put an end to the crisis in Libya.

Talks, however, are still ongoing regarding the criteria governing senior positions in sovereign institutions.