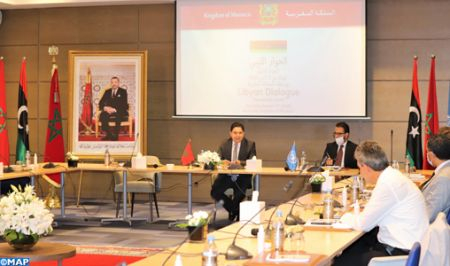 Libyan dialogue in Bouznika, a precursor for settling Libyan crisis 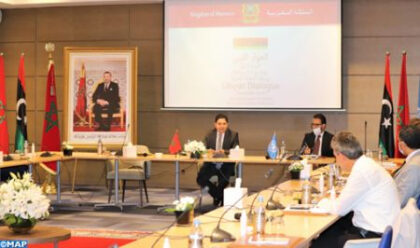 The Bouznika dialogue represents a “positive precedent” that Libyan parties can build on to settle the crisis in the North African country, said Moroccan Foreign Minister Nasser Bourita.

Morocco is currently hosting the second round of negotiations focusing on Article 15 of the political agreement on governmental institutions, including the central bank, anti-corruption and accountability bodies and the higher commission for elections as well as the general prosecutor office and the judicial council.

The parties are making inroads in their talks in Bouznika thanks to support of the Libyan parliament and the Libyan High Council of state.

Delegates in Bouznika are making progress as they attach priority to the supreme interests of their country.

The Minister reiterated Morocco’s position on support of an inter-Libyan solution to the conflict without foreign interferences.

Morocco’s position “consists in fully supporting your efforts, standing at your side and mobilizing to make your Dialogue a success without interference, influence or pressure, but even more so by protecting this Dialogue from any negative interference that undermines its positive spirit,” Bourita told the Libyan delegations.

Morocco is “committed to protecting the positive proceedings of the Libyan dialogue.”

Addressing again the members of the two Libyan delegations, he said: “confidence in your patriotic spirit will make it possible to overcome all the difficulties you may face (…) and you are on the verge of finalizing a historic agreement on all the details of Article 15 of the Skhirat Agreement, which, we hope, will be signed very soon and which will constitute a fundamental basis for unifying the Libyan institutions”.

He said the dialogue echoed positively among the Libyan people who see in Bouznika talks “light at the end of the tunnel.”

Morocco backs primarily inter-Libyan dialogues as a primary process that can be complemented later by events discussing the Libyan question, he said, adding that Morocco facilitates the Libyan talks under the umbrella of the UN, and that progress in talks will help unite Libyan sovereign institutions.

He also recalled the challenges posed by the coronavirus and the difficult economic and social conditions facing the Libyan people, noting that the progress achieved in Bouznika paves the way for negotiations on other issues in order to remove obstacles to a comprehensive settlement.

In an address on the same occasion, UN Libya envoy Stephanie Williams thanked Morocco for its efforts to facilitate the Libyan dialogue and urged the Libyans to forge ahead on the path of a political solution.