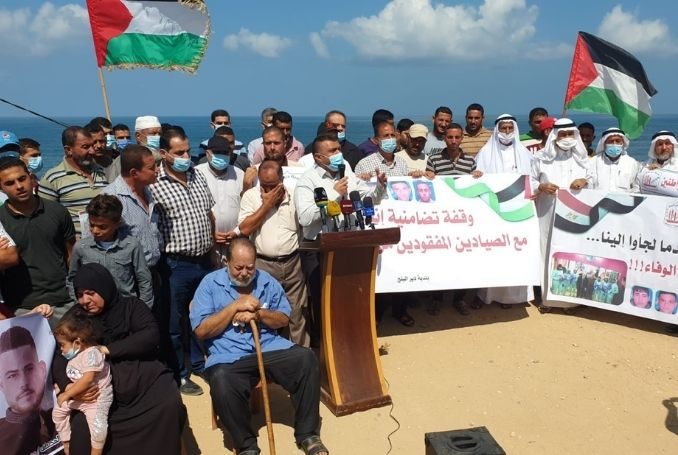 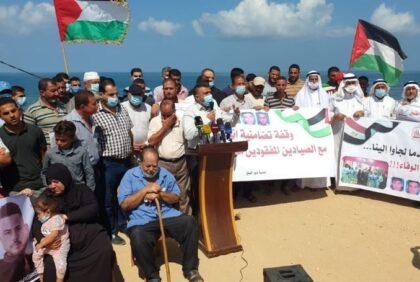 The Palestinian Center for Human Rights has laid into Egypt after Egyptian naval force shot at three Palestinians fishermen killing two of them.
The fishermen, who were brothers from Gaza, were killed Friday along the Palestinian-Egyptian maritime border after Egyptians forces opened fire on them.

“It is clear that there are specific instructions and orders to shoot to kill everyone who crosses the border [with Egypt] by land or sea,” director of the Palestinian Centre for Human Rights, Raji Sourani told Arabi21.

These regulations must be immediately and quickly changed at a political level in Egypt, Sourani noted adding that it is “unreasonable and unacceptable” that hunters or even infiltrators immediately lose their lives just for crossing borders.

“Our elder sister Egypt knows the circumstances in the Gaza Strip and it is harsh to see this along the maritime border. No one’s life was threatened or taken on the Egyptian side – there is no proportionality,” he said.

Egypt handed over the bodies of Mahmoud Muhammad al-Zaazou and his brother Hassan for the funerals, which were held on Sunday. The third fisherman is being treated in Egypt.

According to the Palestinian fishermen union, 6 Gaza fishermen had been killed by Egyptian navy in separate incidents over the past 14 years.
About 50,000 Gazans according to the union make their living through fishing.

Egypt and Israel have imposed a blockade on the enclave. Israel has declared Gaza sea a closed military zone.

North Africa Post's news desk is composed of journalists and editors, who are constantly working to provide new and accurate stories to NAP readers.
NEWER POSTMorocco alerts to suffering of civilians in Tindouf under Polisario yoke
OLDER POSTMorocco’s Interior Ministry bans use of charity for electoral purposes