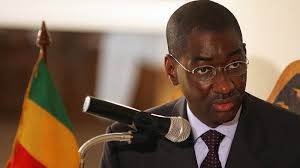 The appointment was announced two days after the swearing-in ceremony of Transitional President Bah N’Daw, and following a meeting Saturday evening with junta officials and the transitional president.

Since 2016, the newly appointed Prime Minister was Delegate for Peace and Security at the Commission of the Economic and Monetary Union of West Africa (UEMOA) in Ouagadougou.

The man also served as representative of Mali to the United Nations and diplomatic adviser to the presidency.

His relatives describe him as an independent man; very fussy about principles.

Like the transitional president, he believes that one cannot do everything in 18 months, but has however set some priorities, on top of which the organization of transparent elections, and the rebuilding of the state.

According to his entourage, he intends to work with the transitional president and ensure that the justice system is independent and endowed with adequate means.

All eyes are now focused on ECOWAS, the West African community, which made of the appointment of a civilian Prime Minister a major condition to lift the sanctions that were imposed after an Aug. 18 coup. ECOWAS had closed borders to Mali and stopped financial flows to put pressure on the junta to quickly return to a civilian government.