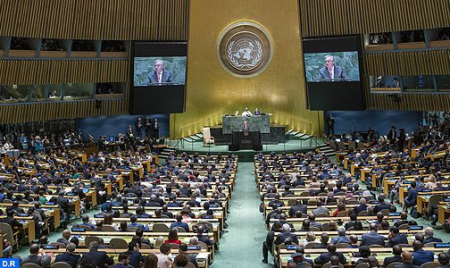 Morocco reaffirms commitment to a political solution to the Sahara conflict 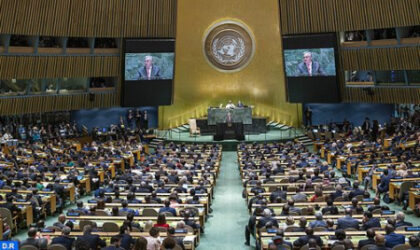 Morocco has reaffirmed its commitment to a final solution to the regional dispute over the Moroccan Sahara, within the framework of its territorial integrity and national sovereignty.

This came in the address the Head of Government Saad Eddine El Othmani made to the UN General Assembly on Saturday.

Reiterating Morocco’s commitment to finding a political solution to the Sahara conflict, El Othmani said the Kingdom is “attached to the principles enshrined in the Charter of the United Nations,” including the “peaceful resolution of disputes and respect for the national sovereignty of states and their territorial integrity.”

The head of government insisted that Morocco will not accept any solution to the Sahara conflict that undermines its sovereignty over the region.

He said Morocco’s position is unambiguous and any final political solution to this dispute can only be achieved under four basic parameters: the full sovereignty of Morocco over its Sahara and the autonomy initiative as the only solution to this artificial dispute; the full participation of all parties in the search for a final solution; the full respect for the principles and parameters enshrined by the Security Council in all its resolutions since 2007; and the rejection of all outdated plans.

The post-2007 Security Council resolutions made it clear that the solution can only be political, realistic, pragmatic, durable and based on compromise. As to the outdated plans which the UN Secretary-General and the Security Council have deemed, twenty years ago, as obsolete and inapplicable, they would only derail the political process from the parameters set by the Security Council, he explained.

He noted, in this regard, that the political process, under the exclusive auspices of the United Nations, was marked by a new impetus with the holding of the two round tables in Geneva in December 2018 and March 2019, marked by the participation of all parties for the first time.

El Othmani said it is particularly encouraging that the Security Council has enshrined the round table process as the only path towards a political solution to this regional dispute that is realistic, pragmatic, durable and based on compromise.

Touching on a set of international and regional issues, El Othmani reiterated Morocco’s unwavering support for the inter-Libyan dialogue as the only path towards a political solution to be decided by Libyans themselves with the support of the international community and without foreign interference.

Morocco remains “committed to providing a neutral forum for dialogue between the Libyan parties,” he said, recalling the inter-Libyan dialogue, held in September in Bouznika, that was crowned by a comprehensive agreement on transparent and objective mechanisms to fill sovereign positions.

Dealing with the Palestinian issue, the head of Government underlined that failure to settle this issue and to revive the Middle East peace process is a source of great concern for Morocco. “There can be no just or lasting peace unless the Palestinian people can exercise their legitimate right to establish an independent and viable Palestinian state with Al Quds Asharif as its capital.”

Morocco “categorically rejects all unilateral measures taken by the Israeli authorities in the occupied Palestinian territories whether in the West bank or in Al Quds Asharif,” El Othmani added, stressing that those measures only fuel tensions and instability in the region.

As Chair of the Al Quds committee, an offshoot of the Organization of Islamic Cooperation, King Mohammed VI has always called for preserving the holy city of Al Quds as common heritage of humanity and a symbol for mutual respect, dialogue and peaceful coexistence among the followers of the three monotheistic religions. This was confirmed in the Al Quds Call that the King and his holiness the Pope signed in Rabat on March 30th, 2019, he added.