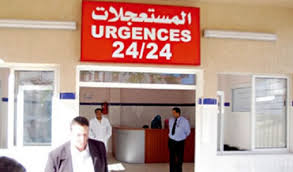 Morocco’s Health Ministry and the federation of specialized doctors signed a deal to elaborate a road-map for the reform of the health sector, in a step that comes amid enormous challenges to public hospitals due to the pandemic.

Moroccan population is one of the most under-served among its North African peers with 0.7 doctors per 1000, far below the World Health Organization norm of 2.4.

Moroccan health ministry had acknowledged last year a lack of 64,000 nurses and 32,000 doctors, worsened by a brain drain with at least 10,000 Moroccan doctors exercising in France alone.

The Coronavirus pandemic unveiled dysfunctions in some hospitals in areas with high infections as not enough nurses and doctors struggle using insufficient resources to treat patients.

Pictures and videos on social media illustrated the lamentable conditions in some Moroccan hospitals.

The Moroccan health federation, which brings together specialized doctors, noted that a Moroccan citizen spends on average 180 dollars annually, while in Tunisia the figure is twofold.

However, one might argue, does the citizen have to pay for his health? isn’t it the job of a welfare state to guarantee access to health for all?

Morocco has announced that it plans to generalize access to health insurance for all in five years.

Another issue is the feeble allocation for health ministry limited at 7% of state Budget. The WHO recommends 12% of the budget to be spent on health.

Minister Khalid Ait Taleb said his health department is working on a Moroccan model to reform the system.

Meanwhile, Morocco as is the rest of the planet are bracing for tough times in winter with the difficulty to distinguish between common cold and Covid-19, posing another challenge to an overburdened health system.