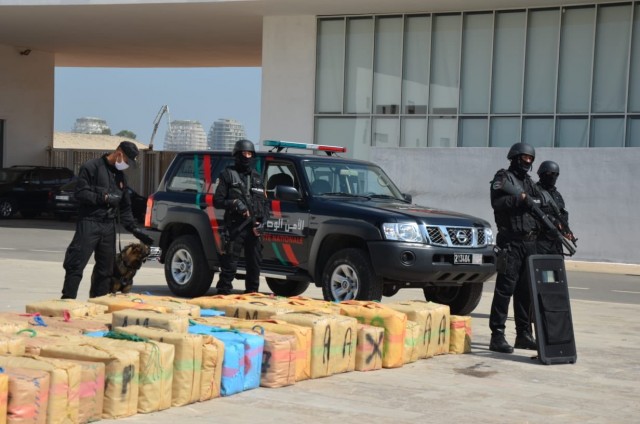 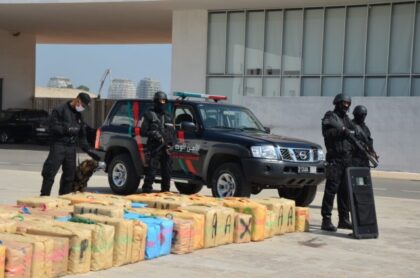 Moroccan security services have foiled on Wednesday a smuggling attempt of 513 kg of cannabis at the southern crossing border point of Guarguarate.

The haul was discovered inside the trailer of a truck bearing Spanish registration plates. A service canine alerted the border and security agents to the presence of narcotics. They searched the truck and found the concealed drugs.

On Tuesday, police aborted a drug trafficking attempt in Casablanca and seized 1,992 tons of cannabis resin.

Security services managed to spot a car suspected of trafficking cannabis near Tit Mellil, close to Casablanca, a statement from the General Directorate of National Security (DGSN) said.

The driver of the car and its companion refused to comply with police orders, exposing the lives of police officials to “serious and dangerous threats,” the statement said.

The two suspects fled the scene in another car.

Investigations revealed that the seized car, where the cannabis resin was hidden, had false license plates.

The operation is part of Morocco’s efforts to combat drug trafficking across the country and its borders.