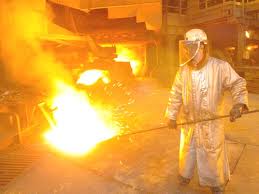 ArcelorMittal, the world’s largest steelmaker, has entered a partnership deal with the Sider, a state-owned company, to meet the local demand for steel as the arrival of car producing companies in the country continues. The deal was described by ArcelorMittal as a “strategic agreement” agreeing to lower its stakes at two steel complexes in favor of Sidar. More than half a billion dollar investment plan is also part of the deal to boost the capacity of production in the country.
Annaba, the largest integrated steel plant in North Africa, and Tabessa will henceforth be controlled by Sidar, which now has 51% of stakes, after ArcelorMittal traded theirs to them. The firm now has 49% of stakes compared to its 70% before the agreement. The mines in Ouenza and Boukhadra have also been given the same fate.
According to the statement released by ArcelorMittal, the signed strategic agreement “includes an investment plan of $763million” at Annaba, Ouenza and Boukhadra. The sum will be raised through from equity contributions from shareholders of both companies and bank financing. It claimed that the investment will enable Annaba “to better respond to increasing domestic demand for steel products in Algeria.”
Annaba produces hot and cold rolled steel, used to make cars and home appliances, and long steel products, which are used in construction. The plant has two captive iron-ore mines and a dedicated port that is linked by rail. It has a production capacity of 1million ton per annum but the investment plans to modernize it are expected to increase it to 2,2million tons by 2017.
The immense investment is part of the government’s efforts to satisfy local steel demand as the influx of car producers continue. Algeria’s demand for vehicles has been rising.