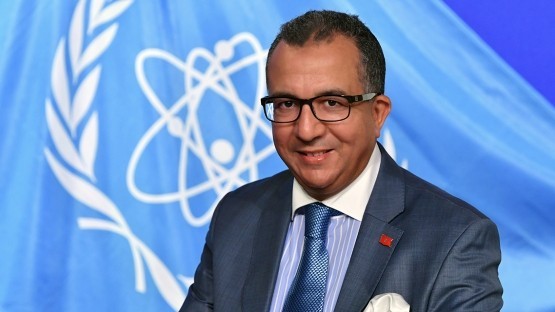 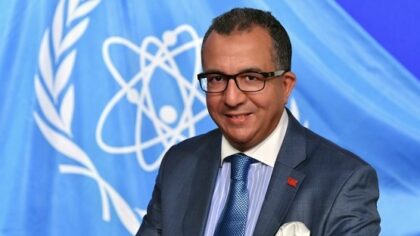 Morocco has been officially elected President of the 64th General Conference of the International Atomic Energy Agency (IAEA), the supreme governing body of this UN agency.

Delegates of the IAEA’s 64th General Conference, which kicked off in Vienna this Monday morning, elected by unanimous acclamation Morocco’s Ambassador, Azzeddine Farhane, President of the conference, a first time for Morocco to chair this body.

Azzeddine Farhane is Morocco’s Ambassador to Austria, Slovakia and Slovenia and Permanent Representative to international organizations in Vienna, including the IAEA. The career diplomat took up his current posting in July 2019.

Ambassador Farhane has held a number of diplomatic assignments at home and abroad and has also served from 2012 to 2016 as Morocco Sherpa for Nuclear Security Summits (NSS) held in Washington (2016), The Hague (2014) and Seoul (2012).
In 2019, he acted as Vice-President of the 63rd session of the IAEA’s General Conference. He also served as Governor on the IAEA’s Board of Governors (2019-2020).

In May 2019, the IAEA designated the Moroccan Agency of Nuclear and Radiological Safety and Security (AMSSNuR) as the first African IAEA Capacity Building Centre (CBC) for Emergency Preparedness and Response (EPR), bringing the total of such centers worldwide to seven.

The designation of the center was part of an agreement on cooperation for radiological EPR education, training, knowledge management and networking and human resource development, signed in Vienna by IAEA Deputy Director General Juan Carlos Lentijo, Head of the Department of Nuclear Safety and Security, and Khammar Mrabit, Director General of the AMSSNuR.

The IAEA General Conference, the Agency’s annual meeting and main governance event, is held Sept.21-25 against the background of the COVID-19 pandemic. The Agency’s support to its Member States in the fight against COVID-19 is expected to take center stage in the deliberations.

Agenda items are expected to include topics related to nuclear and radiation safety and ways of strengthening the Agency’s activities in nuclear science, technology and applications, as well as the application of IAEA safeguards in the Middle East and in the Democratic People’s Republic of Korea. Delegates will also discuss the IAEA’s 2019 technical cooperation report, annual report and financial statements, and its budget update for 2021.