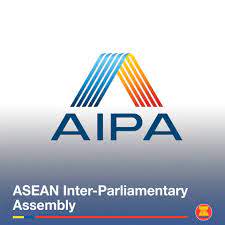 The Moroccan House of Representatives has been granted the status of an observer member in the ASEAN Inter-Parliamentary Assembly (AIPA) during the latest meeting of this Assembly convened Sept. 8-10 in Hanoi.

The Lower House of the Moroccan Parliament is the first African and Arab legislative institution to gain such a status, a fact that reflects the dynamism of Moroccan parliamentary diplomacy, and the trust and the respect the Kingdom enjoys on the international scene.

Commenting this achievement, Speaker of the House of Representatives stressed the importance of strengthening economic & political ties, friendship and dialogue with ASEAN countries within the framework of the policy of openness and South-South cooperation spearheaded by King Mohammed VI.

The Association of Southeast Asian Nations (ASEAN) is an economic-political grouping set up in 1967. It musters ten countries: Indonesia, Singapore, Malaysia, Vietnam, Thailand, Myanmar, the Philippines, Brunei, Laos, and Cambodia. The Association aims to enhance economic growth, achieve social and cultural development in Southeast Asian countries, and create a free-trade zone between its members.