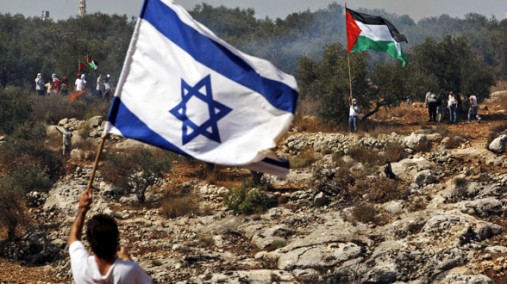 Palestine and Israel return to negotiations

The secret negotiations from Palestine and Israel have resumed despite the dissatisfaction of the Palestinian delegation. Although both parties have renewed their desire to solve their differences, the demarcation of the border between them has been a major setback. Palestinian’s claim that Israel’s response has been slow during talks and the absence of the U.S has also been felt.
Analysts have claimed that an agreement is unlikely because both parties will be trying to impose their own wills during the nine month talks. Indeed, a former US ambassador to Israel and a top Middle East policymaker under former President Bill Clinton, said the US has “agreed to intensify the talks” in order to get “a final status agreement.”
Daniel Levy, director of the Middle East and North Africa Program at the European Council on Foreign Affairs, said President Netanyahu is interested in keeping a “military presence” in the Palestinian territories rather that accepting “a realistic two-state solution.”
Hamas has criticized the talks and referred to the Palestinian factions at the talks as traitors who neither represent Palestinians nor their interest.
A two-state agreement has been considered as a possible solution but Palestine has rejected to be a de-militarized state as part of the conditions. Israel wants Palestinian refugees to be barred from returning because of its unwillingness to demolish its settlements.
President Jeremy Ben Ami of the moderate pro-Israel lobby group, J Street, said a solution will require “sacrifices and compromises.” Jerusalem, Jewish settlements on Palestinian territories, Palestinian refuges and the recognition of the Naqba have been sensitive subjects that both delegations are unwillingly to compromise.
Although there has been optimism about the secret Palestine-Israel talks, many seem to be pessimistic about the possible brokering of a definite agreement.

North Africa Post's news desk is composed of journalists and editors, who are constantly working to provide new and accurate stories to NAP readers.
NEWER POSTThe Fed Up, the ECB Down: Time to Endow the ECB with a Level Playing Field
OLDER POSTTime is right for business in Tunisia