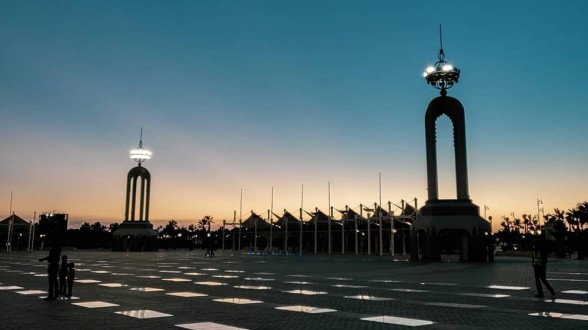 Sahara: Separatists’ brawl over Algerian petrodollars leads to closure of their propaganda office in Laayoune 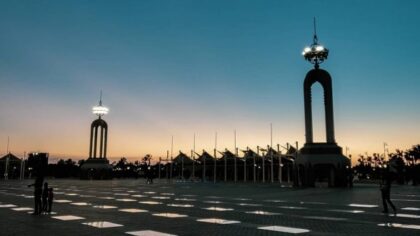 The pro-polisario operatives planted in Morocco’s southern provinces have shown their true face when they ripped into each other over their share of the money they receive from Algeria to fund their hostile activities and campaigns against Morocco.

They turned on each other for cash and their ugly squabble ended up in a mess and implosion of their propaganda office in Laayoune, CODESA, Collective of Sahrawi Human Rights defenders.

The growing international recognition of Morocco’s sovereignty over its Sahara with the opening of several African consulates in Laayoune and Dakhla dealt a hard blow to the separatists, while their Algerian sponsors are fighting for their own survival as the OPEC-member country is battered by unprecedented economic crisis and rocked by pro-democracy protests.

The dissolution of CODESA was announced lately by its self-proclaimed chairperson Aminatou Haidar in a press release. Its end comes after the majority of its members slammed the group for reckless management, lack of internal democracy, and nepotism in the selection of beneficiaries of overseas travels.

Since the creation of CODESA, Aminatou Haidar and her lieutenants have lived a comfortable life with the money of Algerian taxpayers. She has been used by the Algerian intelligence services as a tool to undermine Morocco’s territorial integrity but to no avail as socioeconomic, political and democratic achievements accomplished in the Sahara are undeniable and enjoyed by the local Sahrawi inhabitants themselves.

She used CODESA as a platform to receive money transfers from Algeria, as well as plane tickets for her overseas travels to carry out her anti-Moroccan campaigns, benefiting from the freedoms prevailing in the North African Kingdom.

Through this Association, she managed to recruit a handful of local vulnerable people and youngsters who are brainwashed and dispatched to Algeria where they are instilled hatred against Morocco and where they undergo military training.

Upon their return to Morocco, they engage in hostile activities serving the interests and destabilizing agenda of the Algerian regime.

This self-dissolution of CODESA is yet another signal that sheds light on the struggle for power within the Polisario leadership and on Brahim Ghali’s loss of influence.

Algerians should realize that all the time and money invested to derail Moroccan development process have made no difference as the Kingdom continues to thrive and make diplomatic breakthroughs.

North Africa Post's news desk is composed of journalists and editors, who are constantly working to provide new and accurate stories to NAP readers.
NEWER POSTAlgeria backtracks on its free trade deal with the EU
OLDER POSTMoroccan F-16’s escort US B-52 strategic bombers during Bomber Task Force Europe Mission