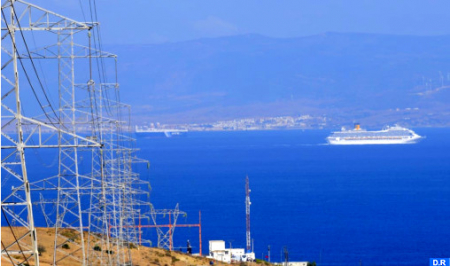 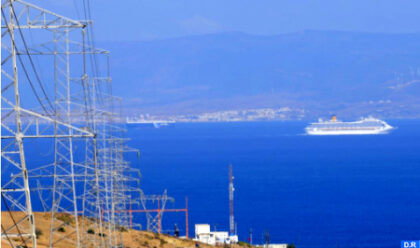 The fluid leak, which occurred lately in the submarine cable connecting Morocco and Spain, was repaired on Friday by Morocco’s National Office of Electricity (ONEE) and Red Eléctrica de España (REE).
The leak was detected on July 30 in the reserve cable number 4 of the Moroccan-Spanish connection. Once the leak was located, the two power companies have mobilized all their technical and human resources to carry out the difficult and complex sealing mission.
The insulating fluid is biodegradable and not harmful to marine or human health. Fluid filled cables have proven to be reliable provided fluid pressure and metallic sheath integrity are maintained. However leaks can always occur, typically through metal fatigue, external corrosion or third party damage.
The Spain-Morocco interconnection includes two 400 kV lines, commissioned in 1997 and 2006, consisting of seven cables: three for each circuit, plus one for reserve. All the seven cables run from Tarifa terminal station at the Spanish end to Fardioua terminal station at the Moroccan end.
The two countries are planning a third 400-kV link with a 700 MW capacity. The combined three power interconnections will be able to produce 1,500 MW. The project will cost $169 million shared 50/50 between Spain and Morocco.