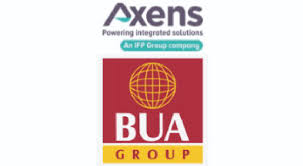 France’s largest hydrocarbons group Axens and the Nigerian conglomerate BUA signed a partnership contract on Tuesday in Paris to carry out the first stage of a refinery project which will be located in Akwa Ibom State, in south-eastern Nigeria.

Nigeria, the continent’s leading crude oil producer but which imports almost all of its fuel, seeks with this new refinery project to take another step towards self-sufficiency in fuel consumption. For the time being, the country is facing a paradox since Africa’s leading crude oil producer lacks refined oil due to a lack of operational infrastructure. The country’s four public refineries, which are being restored and modernized, are far from sufficient to meet national demand.

France will contribute its technological expertise to the construction of this future ultra-modern refinery. This project could be operational as early as 2024, with a production of 200,000 barrels per day. This is still insufficient to meet the national demand, which amounts to nearly 550,000 barrels per day.

But to meet its needs for refined hydrocarbons, Nigeria can count on another large-scale project, this time led by the extremely wealthy businessman Aliko Dangote. The refinery he is building in Lagos will be the largest on the African continent, with a processing capacity of 600,000 barrels per day, or a third of national production. This pharaonic project, located near the future deep-water port of Lekki, was due to be completed by 2021, but construction has already been delayed.

The contract was signed in Paris between BUA Group Chairman Abdulsamad Rabiu, and the CEO of Axens, Jean Sentenac, in a ceremony presided over by France’s Minister Delegate for Foreign Trade and Economic Attractiveness, Franck Riester.