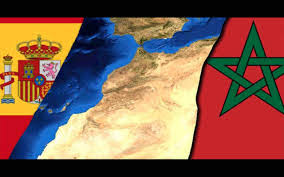 Spain closes its airspace to Morocco

Spain has excluded Morocco from a list of extra-EU countries that can enter its airspace for commercial and passenger traffic.

Spanish authorities evoked reciprocity but observers see the move as a retaliatory measure against Morocco’s sovereign measure to close borders with the two enclaves of Ceuta and Melilla during the pandemic.

The EU has removed Morocco from a safe destination list for non-essential travel due to the pandemic situation.

A Spanish diplomatic source however told le360 website that the announced measure is nothing but an update of the decision taken at the level of the European Union and limiting access to its borders to Australia, Canada, Georgia, Japan, New Zealand, Rwanda, South Korea, Thailand, Tunisia, Uruguay and China.

“It was the European Union, not Spain, that placed Morocco on the list of countries with closed borders with the old continent,” the Spanish diplomatic source said, assuring that Spain has not closed its airspace with Morocco.

“The special flights of Royal Air Maroc and Air Arabia are maintained and continue to connect the two countries for Moroccans residing in Europe, Moroccan students pursuing their studies in Spain and Spanish nationals established in Morocco. The maritime lines between Algeciras and Tanger Med also continue their services,” the source said.

The diplomatic source added that a boat is scheduled to leave Algeciras on September 4 for Spanish passengers and Moroccan residents in Spain.