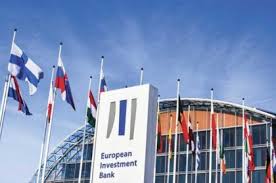 The agreement between the two sides seeks to facilitate access of micro-enterprises and VSEs to finance, the EIB explained in a statement.

Under the agreement, approximately 11,560 entrepreneurs with limited access to financial resources, including women, will be able to benefit from the European-Moroccan project.

“Special attention will be paid to women with a target of 45%, as well as to the development of income-generating activities in rural areas,” the statement said, adding that the bank attaches “crucial importance to the development of the private sector and the promotion of investment and economic and social inclusion, for large companies as well as for Micro and VSEs.”

She stressed that the deal with the Moroccan microfinance NGO will support women entrepreneurs and the development of projects in rural areas.

“It is part of our commitment to social inclusion and the creation of value by entrepreneurs who do not always have access to traditional financing. It is also through them that economic and social development is built.”

Claudia Wiedey, Ambassador of the EU to Morocco, said the European Union is pleased to support the loan operation from EIB to Al Amana.

She added that the loan is part of the EU initiative for financial inclusion deployed in seven countries in the global south, including Morocco.

“We aim to broaden the access of very small/medium sized enterprises to more financing options in order to support the development of local entrepreneurship, especially women. Our contribution also allows us to offer technical advice to the microfinance institution Al Amana and its clients.”

For Youssef Bencheqroun, Managing Director of al Amana Microfinance, “this partnership with the EIB reinforces the institution’s position and supports its efforts in terms of financing and supporting micro and very small businesses to back the development of their activities, create jobs and stimulate growth.”

Concretely, the agreement will make it possible to finance VSEs with loans of less than 150,000 dirhams, which is the maximum amount authorized by Moroccan regulations for microfinance institutions.

This financing comes within the framework of the venture capital mechanism for southern neighboring countries, created by the European Union and the EIB, to support private sector development, inclusive growth and job creation in the private sector.