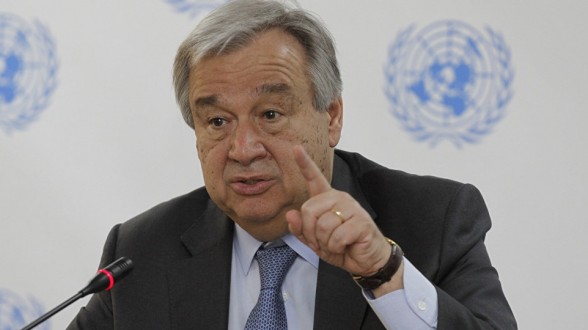 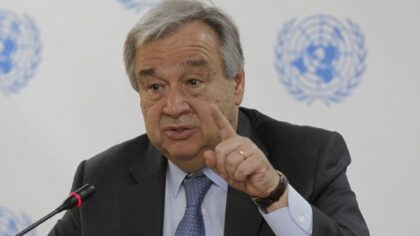 The United Nations Secretary-General, Antonio Guterres, has recently submitted a report on the Sahara issue to the UN General Assembly, covering the period from 2011 to 2020, reaffirming Algeria’s role as the main party to the regional dispute, as established by the Security Council, in several of its resolutions, and the preeminence of the Autonomy Initiative.

In this report, Antonio Guterres highlighted that the Sahara issue has been examined by the Security Council as a regional dispute, under Chapter VI of the United Nations Charter, relating to the peaceful settlement of disputes.

The UN Secretary General underlined, in his report, that the ultimate objective of the political process, as established by the Security Council, is to achieve a political solution to this regional dispute, specifying that this process must be based on efforts made since 2006 and new developments since then”, and therefore on the Autonomy Initiative, which is and remains the only effort and new development made after 2006.

“During the period under review, the Security Council continued to examine the reports of the Secretary-General and adopted resolutions on the situation concerning the Sahara”, underlined Guterres, adding that “the envoys and special representatives of the Secretary-General have continued to consult the parties on the means to remedy the situation”.

In this context, Guterres recalled the organization, in Switzerland, on Dec. 5-6, 2018 and March 21-22, 2019, by the former Personal Envoy Horst Köhler, of two roundtables between Morocco, Algeria, Mauritania and the “polisario”. The two roundtables “constituted the first face-to-face meetings within the framework of the political process, since 2012.”

The Secretary General highlighted, in this report, the adoption of resolution 2494, on October 30, 2019, by which the Security Council “decided to extend until October 31, 2020, the MINURSO’s mandate and welcomed the new impetus given by the two roundtables”.

It should be noted that resolution 2494 is the only one mentioned in the Secretary-General’s report, although it covers a period of 10 years, thus establishing it as being the reference and the basis of the political process, carried out under the exclusive auspices of the UN Secretary General.

Resolution 2494 reaffirmed the preeminence of the Autonomy Initiative, under the sovereignty and territorial integrity of Morocco, and established the parameters of the solution for this regional dispute, which can only be political, realistic, pragmatic, sustainable and of compromise. It also established the roundtables process, with the full participation of Algeria, as the only way to lead the exclusive UN political process to its completion.

This resolution also required, like those preceding it since 2011, the registration of the populations in captivity in the Tindouf camps, which Algeria refuses, in violation of its international obligations.

The absence of this registration favors, in particular, the embezzlement of humanitarian aid intended for the Tindouf camps by the leaders of the “Polisario” and local officials, for their personal enrichment, as confirmed in the inspection reports of the HCR, the WFP, the European Anti-Fraud Office (OLAF), as well as by the European Parliament.

The absence of this registration also contributes to the continuation of serious and systematic violations of human rights and international humanitarian law of the populations of these camps, directly implicating the responsibility of the host country, Algeria, as recently confirmed by the Human Rights Committee and the Human Rights Council’s Working Group on Arbitrary Detention.

By exclusively mentioning the political solution, resolution 2494 and the round table process, the UN Secretary-General has completely ignored, as he has done for two decades, the settlement plan and the referendum, discarding, once again, the desperate and futile attempts by Algeria and its puppet, the armed separatist group of the “polisario”, to resuscitate these obsolete plans, forgotten by the Security Council since 2001.