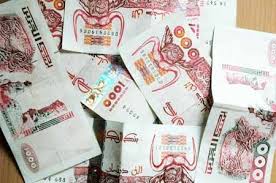 The justice of the North African country has reportedly turned to its French counterpart to help hunt down dozens of Algerian nationals known close to Bouteflika.

The suspects, who have not been named, are sued for several offenses including embezzlement of funds stored in French bank accounts, and in offshore accounts.

The campaign is part of the new President’s electoral promises last year.
In January this year, he vowed to recover the embezzled money with the help of the justice and cooperation agreements between Algeria and countries housing the stolen funds.

Several figures among Bouteflika’s circle, including two former Prime Ministers, have been already arrested and handed lengthy jail sentences. A few of them are however on the run.