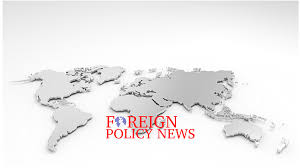 Omar Radi’s case, tip of the corruption iceberg among rights NGOs- US Media

Omar Radi’s case is the tip of the iceberg highlighting the widespread corruption among rights NGOs operating in Morocco and globally, said Foreign Policy News in a detailed Op-ed.

To start with, Radi allowed Amnesty International to use his phone to settle scores with the Moroccan State and the Israeli spy software developer NSO. Amnesty claimed that Morocco snooped on his phone using Pegasus developed by NSO. However, up to now, the London-based NGO failed to provide indicting evidence casting a shadow of doubt and incredibility on its report, New York-based lawyer and diplomatic affairs analyst Irina Tsukerman explained in the Op-ed.

The US media adds that Amnesty defended later Radi when he entered into a fight with a local Moroccan journalist after leaving a bar and issued a statement in solidarity with him after charges were addressed to him including rape.

In total disregard for the plaintiff, Hafsa Boutahar, who accused her co-worker Radi of rape, Amnesty International and Human Rights Watch as well as local far-left rights NGOs took the side of Radi.

Worst, local AMDH rights group, close to one of the smallest parties and most leftist radicals Ennahj, has sold out Boutahar who came to seek assistance from them as a women victim of rape in a society that blames the woman first. AMDH called Omar Radi right after Hafsa left their premises to get him prepared for the rape charge.

This angered feminist NGOs who see in such position an encouragement of rape culture in a society where women are struggling in silence.

Moreover, Radi admitted to receiving funds from foreign secret services agents claiming that he was rather doing consultancy services. He admitted to having close contacts with the Dutch embassy and an intelligence agent of the MI6.

Amnesty with total disregard for Morocco’s legitimate security concerns took the side of a man who could be indicted for spying against the interest of his own country.

While Omar Radi presents himself as an investigative journalist, little is there to prove he published investigative media work. Most of his so-called investigations are not out in the media but rather in very limited circles that ordered them.

After his arrest over a tweet in which he insulted a judge, Radi rushed to join LeDesk to regain his hat of a journalist.

The truth is that Radi is also suspected of tax evasion by receiving generous money from the Bertha foundation, a South-African funded NGO that promotes the Polisario.

Instead of calling for a fair trial for all that safeguards the rights of the rape plaintiff and the defendants and sheds lights on the legitimate accusations of spying and undermining national security, Amnesty International, Human Rights Watch and AMDH keep defending their protégé in total violation of basic universal human rights.

North Africa Post's news desk is composed of journalists and editors, who are constantly working to provide new and accurate stories to NAP readers.
NEWER POSTAlgeria to hunt down some France-based nationals for ill-gotten wealth
OLDER POSTSudan, Ethiopia set to reach a deal over Nile Dam