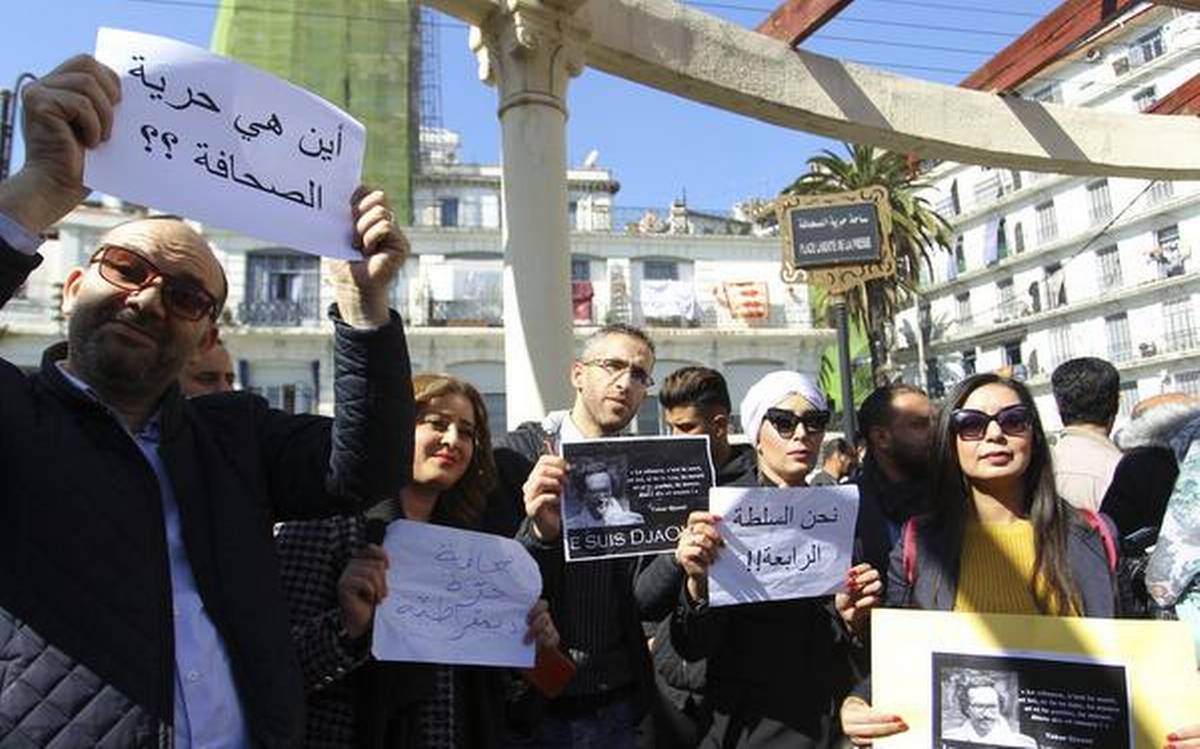 Algeria: The press freedom climate has changed for the worse 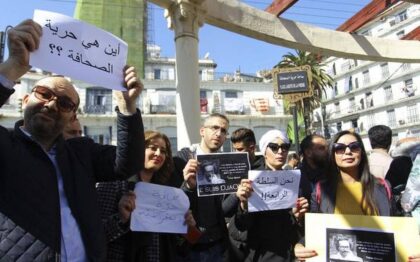 Two weeks after the imprisonment of a high-profile Algerian journalist, a former reporter has been sentenced to prison for his online commentary, cementing fears that Algeria’s new president is on track to match his predecessor’s record of enacting restrictive policies toward the press even as he has promised democratic reforms, comments the New York-based Committee to Protect Journalists (CPJ).

In an analysis posted on its website, CPJ Middle East and North Africa Consultant, M ElHaies, recalls that on August 24, former radio reporter Abdelkrim Zeghileche was sentenced to two years in prison and fined 100,000 dinars (US$788) on charges that he insulted the President and “attacked national unity”.

This heavy sentence comes in a context of systematic repression against journalists, bloggers and activists of Hirak, the popular anti-regime movement in the country, local media reported.

Abdelkrim Zeghileche, detained since June 24, is accused of publishing on Facebook posts calling for the creation of a new political party.

Local freelance journalist Lynda Nacer, who is familiar with the case, confirmed to CPJ that the charges stemmed from Zeghileche’s criticism of the president on Facebook.

Zeghileche’s sentencing comes on the heels of the August 10 conviction of Khaled Drareni, a correspondent for global press freedom group Reporters Without Borders and co-founder of the news website Casbah Tribune.

Drareni was sentenced to three years in prison and fined 50,000 dinars (US$394) for “inciting an unarmed assembly” and “attacking national unity.”
Drareni’s brother told CPJ at the time that the charges were related to his coverage of anti-government protests on social media, where the journalist has a large following.

Local press freedom advocate and editor-in-chief of Algerian newspaper and website Le Provincial, Mustapha Bendjama, told CPJ that “The press freedom climate has changed a lot under Tebboune, a change for the worse.”

Freedom of expression had already contracted under the 20-year reign of Algeria’s former president, Abdelaziz Bouteflika. In 2006 he issued a decree that prohibited the press from continuing to investigate human rights abuses during the 1991-2002 Algerian Civil War, among other items, as CPJ pointed out in a letter objecting to the law at the time. Bouteflika’s administration also went after individual journalists.

Zeghileche, the former radio reporter sentenced under Tebboune, was imprisoned for 49 days in 2018, said his colleague Lynda Nacer. She told CPJ that he was targeted for operating his online radio show, Sabarcane, without a license, and for allegedly insulting the president on the show’s website.

Bouteflika’s censorious style was on full display during the anti-corruption protest movement that led to his ouster in late 2019. Several days before Bouteflika resigned, CPJ published an interview with Algerian journalist Lynda Abbou who described demonstrations at state-run media outlets, where journalists implored their superiors to allow them to report on the movement. Three freelance political reporters who covered the protests were imprisoned, according to CPJ’s prison census.

As Algeria went to new elections, protesters rejected the candidates as too closely aligned with the previous administration. With 41 percent turnout, the country elected a former prime minister with links to the military.

The CPJ noted that the new President has not honored his pledges to build bridges with the movement that ousted his predecessor, to rout out corruption and bring young people into government, and respect freedom of the press.

Now, that “hope has turned into a nightmare” press freedom advocate Mustapha Bendjama told CPJ, noting that the new president is “listening with a deaf ear” to the needs of Algeria’s journalists.

In April 2020, Algerian authorities detained journalists over reporting on the coronavirus pandemic. Later that month, the government approved a vague law that criminalizes the spread of “false news” without distinguishing between news reports, social media, or news websites. Violating the law can result in prison terms of two to five years and fines of 100,000 to 500,000 dinars (US$778 to US$3,891), as CPJ documented. Since the law’s passage, several news websites have been blocked.

According to Nacer, who reported for the independent daily newspaper Liberté for 15 years before becoming a freelancer, Drareni’s sentencing of three years hit the journalist community especially hard. “This does not promise a bright future for the press in Algeria,” she said. “Of course, there are still a few independent journalists who are not afraid of the repression of authorities. But the vast majority of journalists who work in state media are de facto subject to the dictatorship of their editors who, themselves, are under the control of state authority.”

Bendjama said he could not recall such a lengthy sentence before for an Algerian journalist. The news, he said, “hit the heart of the press sector with a wave of shock and terror.” Now, “every journalist in the field thinks they could be targeted next.”