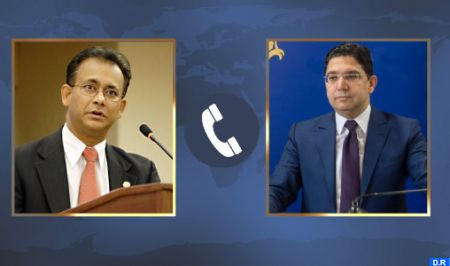 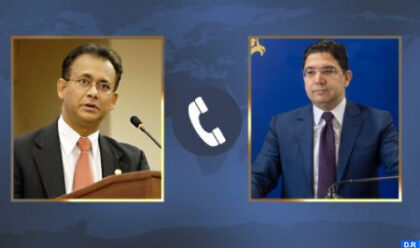 The Algeria-backed Polisario front has suffered another major diplomatic setback as Suriname reaffirmed on Monday its non-recognition of the self-proclaimed “SADR”.
In a joint statement released following a phone conversation with his Moroccan peer Nasser Bourita, the Surinamese Foreign Minister Albert Ramdin affirmed that the authorities of the south American country stand by the decision made in March 2016 of withdrawing their recognition of SADR, a phantom entity, which is not recognized by the United Nations or any major capital in the world.
Albert Ramdin also commended Morocco’s commitment to a peaceful and consensual political solution to the Sahara regional conflict, under the sovereignty and territorial integrity of the Kingdom.
The two ministers voiced their respective countries’ firm resolve to enhance and diversify bilateral cooperation, stressing the commitment of Rabat and Paramaribo to support each other in regional and international meetings regarding issues of common interest such as peace, stability and human development.
During the telephone conversation with his Surinamese peer, Bourita expressed Morocco’s readiness to send an emergency assistance to Suriname to help in the fight against COVID-19 pandemic.