Moroccan PM rules out normalization of ties with Israel 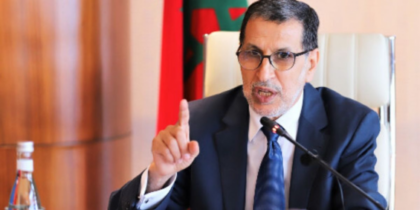 Speaking in the name of the state at a meeting of the youth section of his party, Saad Dine El Otmani of the islamist PJD party said Morocco rejects normalizing ties with Israel.

He said Morocco rejects “concessions and normalization with the Zionist entity,” adding that this would encourage Israel to continue violating Palestinians’ rights.

Othmani’s statement came after rumors in the media suggested that Morocco is in a list of countries that are set to normalize ties with Israel.

Morocco, whose King Mohammed VI chairs the Al Quds committee, an offshoot of the OIC, has always supported the two state solution with a viable Palestinian State with Jerusalem as its capital.

Otmani’s statement also come ahead of a reported visit by Jared Kushner, Trump Senior Adviser, and Mike Pompeo US State Secretary. Though it is not official yet whether they will stop in Morocco on their regional tour.

AP said that Morocco will be included in a visit by Kushner that will also cover Israel, Bahrain, Oman and Saudi Arabia.

Morocco said in a statement earlier this year that it appreciates the US Peace Deal put forward by Trump Administration and stressed that such a plan needs to be accepted by the parties of the various elements as fundamental.