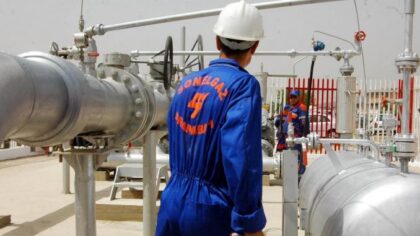 Algeria’s finances face dim prospects triggered by a sharp drop in its key source of revenue, gas exports, which are expected to drop from 45 billion cubic meters in 2020 to 26 billion in 2025.

The figure was unveiled by energy minister Abdelmadjid Attar who was speaking to local media. He said the decline is due to stagnant output and a rise in domestic consumption in addition to low investments.

Algeria which obtains 95% of its foreign revenue from oil and gas sales, exported 64 billion cubic meters in 2005.

Algeria’s oil and gas producing capacity is shrinking every year. The government tried to buy time by prospecting new oil and gas reserves in 2016. State-owned energy firm Sonatrach claimed to have discovered 32 new potential exploration zones, most of them are new fields of shale gas whose exploitation is unsustainable in view of the lack of water resources needed to undertake hydraulic fragmentation.

By the end of 2019, the country will have spent $1000 billion in 20 years, thanks to non-renewable sources. This huge resource could have financed all the development needs of the African continent. Instead of being invested in developing Algeria, these colossal hydrocarbon revenues were used to entrench the authoritarian status quo creating propitious conditions for a looming destructive chaos.