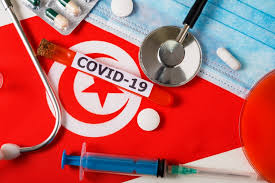 One month after the re-opening of borders, the number of people infected with the new coronavirus has increased tenfold in Tunisia.

The Tunisian Ministry of Health announced on Saturday that it had recorded the first death in the country since June 17.

Tunisia, whose economy depends heavily on tourism, had taken early and strict measures at the start of the epidemic in March and had contained it relatively well. But after the re-opening of the borders on June 27 without specific precautions imposed on travelers from countries classified as “green”, including France, Italy and Great Britain, the number of cases rose to several dozens a week.

The Covid-19 Monitoring Committee is due to meet shortly to consider the measures to be taken, even though almost all restrictions have been lifted since June: shops, places of worship and tourist attractions are open in the country.

Tunisia is being hit hard by the social impact of travel restrictions. Tens of thousands of jobs are in the hot seat in the tourism, automotive and informal trade sectors, while the country is already struggling to reduce unemployment, which affects a third of young people.

Tunisia has recorded more than 1,500 cases of contamination and 51 deaths since the beginning of March.