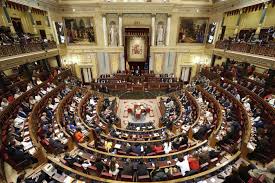 The Polisario has suffered another setback in Spain, where Pedro Sanchez’s government has rejected attempts by the Algeria-backed separatist movement to lay some improbable responsibility on Madrid with regard to the Moroccan Sahara.

“Spain considers itself detached from any international responsibility for the administration” of the Sahara. And this, “since the letter sent on February 26, 1976 by the permanent representative of Spain to the United Nations to the UN Secretary General,” the Spanish government said in response to the question of a member of parliament of the Basque independence formation EH Bildu.

“Spain does not appear as an administering power in the list of non-self-governing territories of the United Nations,” the left-wing coalition government led by socialist Pedro Sanchez said in its response.

In the official letter sent by Spain to the UN on February 26, 1976, Madrid stated: “From this date, Spain announces the end of its presence in the territory of the Sahara.”

This historical reminder actually irritates the Polisario and Algeria who have been trying, lately, to go back to Spain’s role as a former colonial power in the Moroccan Sahara and involve Madrid in the regional Sahara conflict.