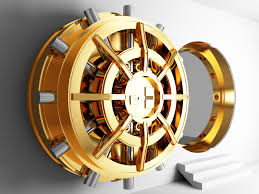 The Governor of the Egyptian Central Bank, Hesham Ramez, confirmed that Qatar has agreed on the conversion of its $2 billion that it has deposited in the Central Bank during the era of President Morsi into bonds. The transactions are expected to take less than a week according to media reports.
The Qatari government had already established good ties with the Muslim brotherhood when it was in power. During their reign, Doha has been very generous to Cairo’s demands and has been helping to repel the financial and economic crises it was going through. The removal of Morsi from power by General Al-Sisi brought an end to the cordial relationship.
In May, Egypt converted $2.5billion of the Qatari loans into 18-month bonds at 4.25% interest, and on 1 July it converted another $1 billion into three-year bonds at 3.5% interest. The bonds were listed on the Irish stock exchange.
At the beginning of the month, Governor Hesham Ramez said that the Central Bank was in a position to pay Qatar’s $2 billion “within days.”
The Qatari government has pumped $7,5billion to help the Muslim brotherhood remain in power. Although they spent only a year ruling the country before the intervention of General Al-Sisi due to the “will of the people,” the amount wasn’t sufficient for the Brotherhood to maneuver around the crisis the country was experiencing.
Nevertheless, the financial and economic crisis persist in Egypt but Qatar has been relegated to a minimal role as Saudi Arabia, the United Arab Emirates and Kuwait provide the needed financial support of the interim government backed by the military since July 3rd. The trio has together pledged a total of $12 billion in loans, grants and fuel shipments of which $5 billion has already arrived.