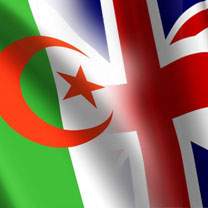 Algeria has taken the opportunity to renew its desire of establishing a strong bilateral cooperation with Britain. David Cameron, Great Britain’s Prime Minster, has sent his representative for economic partnership Richard Risby to Algiers for a working visit. Economic ties exist between the two countries but Algeria wants to broaden it to cover more domains.
According to the North African country’s Foreign minister, Mourad Medelci, they want to diversify their economic cooperation into the domains of services and tourism. The Algerian government has been boosting its tourism sector with infrastructures aimed at strengthening its industry. There is a stiff competition between neighboring Maghreb countries to lure in more tourists into their respective countries but the Arab Spring and Europe’s financial crisis have reduced the number of tourists.
Richard Risby told the reporters that they have discussed a wide range of issues regarding domestic and international levels. He said they dwelled on “ways of boosting and developing the economic cooperation between the two countries.”
In another boost to their economic ties, Britain’s Ambassador in Algeria stated that the British Petroleum (BP) employees who left the shores of Algeria after the attack on Ain Amenas plant “will soon return.” The government has strengthened its forces along its borders to avoid future attacks. Although Ambassador Martin Roper failed to give a precise date for their arrival, the news will be welcomed by Algerian officials who have witnessed a fall in production in the past months. Ain Amenas is jointly managed by BP, Norway’s Statoil and the Algerian state company, Sonatrach.
During Richad Risby’s visit, Algeria’s state-run gas and electricity group Sonelgaz and a couple of British institutions specialized in human resources and business management training signed two memoranda of understating.