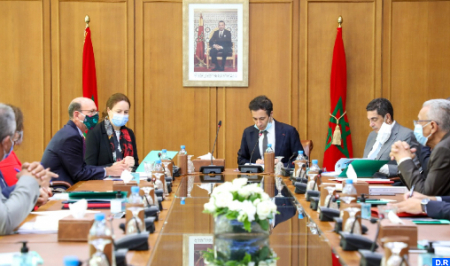 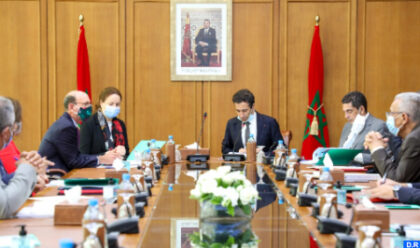 The Millennium Challenge Account-Morocco Agency (MCA-Morocco) held, on Tuesday in Rabat, the 8th session of its Strategic Orientation Board, under the chairmanship of Minister of Economy and Finance Mohamed Benchaaboun.

The session reviewed the implementation report of the cooperation program under the “Compact II”, concluded between the Moroccan government and the Millennium Challenge Corporation (MCC) and examined the actions and measures to be taken to accelerate the pace of the program implementation, the Agency said in a press release.

During the meeting, Benchaaboun underlined that Compact II projects have the particularity of developing and testing innovative models in the various targeted sectors with a view to generalizing them.

The minister mentioned in this connection the new governance model of secondary education establishments, dubbed “Attahadi high school”. The model is based on the strengthening of schools administrative and financial autonomy and the promotion of a pedagogy centered on the student. The governance model of vocational training establishments effectively involves professional organizations from the private sector, the aim being to favor public-private partnership and environmental and social sustainability, he said.

Benchaaboun also underlined the optimized and simplified procedure for melkization (ownership) of collective lands located in the irrigation zones, as well as the model for promoting inclusive employment of populations finding it hard to integrate the labor market, through results-based financing.

For his part, resident director of Millenium Challenge Corporation (MCC) in Morocco Richard Gaynor noted the importance of building the capacities of stakeholders to ensure the sustainability and replicability of models designed and tested under the Compact II, welcoming the government for the recent adoption of three land laws.

In this regard, Gaynor also encouraged the government to take advantage of the funds mobilized within the framework of the Land governance activity, amounting to $10.5 million, to finance the implementation of priority actions as part of the national land strategy, including measures to promote women’s access to land

The 8th session of the strategic orientation board of the MCA-Morocco agency was marked by the approval of a series of resolutions notably a draft agreement between the Agency and the National Initiative for Human Development (INDH). The agreement relates to the execution of a pilot employment program.

North Africa Post's news desk is composed of journalists and editors, who are constantly working to provide new and accurate stories to NAP readers.
NEWER POSTLibyan protagonists in Morocco, Algeria desperately looking for a spotlight
OLDER POSTFrench Lactalis threatens to pull out of Algeria as workers still block operations