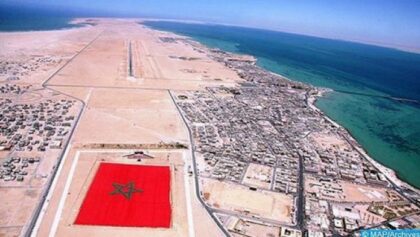 Several Sahrawi human rights & development NGOs operating in the Moroccan Sahara have hailed the freedom, which is governed in Morocco by an evolving and credible institutional and legal framework.

In a letter sent to the UN High Commissioner for Human Rights Michelle Bachelet, 925 NGOs said: “as local Sahrawi organizations operating freely on their soil and in their country, Morocco, we stress the normal nature of the human rights situation prevailing in the Moroccan Sahara”.

“What is certain is that we are working in a promising and evolving context and that we also have an area of freedom governed by an evolving, credible, legal, and institutional framework,” the letter reads.

The Sahrawi NGOs denounced the double-standard of the Polisario and its Algerian sponsor in tackling human rights issues, saying the enemies of Morocco’s territorial integrity use human rights for political ends serving their separatist scheme.

We, the NGOs working on the ground and living among the Sahawi population know better the situation of human rights in the Moroccan Sahara than the Polisario and Algeria whose accusations are merely hot-air and part of a politically-motivated campaign, added the NGOs.

They also called for the respect of the rights and freedoms of the Sahrawi population detained in the polisario-controlled Tindouf camps, situated in Southern Algeria.

The Sahrawi Rights groups regret that the other parties to the Sahara conflict continue their plots to destabilize the Moroccan southern provinces by inciting some young people to violent confrontation with the security forces.

They exploit footage of clashes in their propaganda against Morocco wherein they benefit from the freedom of expression, movement and travel overseas.

According to the Sahrawi NGOs, the UN High Commissioner for Human Rights had met with supporters of the Polisario who travelled to Geneva using their Moroccan passports and organized their hostile activities against the Kingdom before returning to the Kingdom without any problem.

But, how many opponents to the Polisario from the Tindouf camps have had the opportunity to meet the UN human rights chief and travel back safely to the camps? wonder the Sahrawi human rights activists.

The Sahrawi NGOs also state in the letter that they are engaged in “close and constructive interaction” with Morocco’s National Human Rights Council (CNDH), and that the CNDH’s regional commissions working in Sahara accompany and support their work to enable all citizens to fully enjoy all their rights.

In their joint letter, they reiterated their full support to the autonomy plan offered by Morocco to the Sahara under its sovereignty, saying that this plan offers a realistic solution to “this artificial conflict between brothers and guarantees our dignity and freedom”.

The letter calls on the high commissioner to communicate their observations to the Human Rights Council and to the UN secretary-general.

This letter, the latest in a string of blows to the Polisario and Algeria, comes after several European politicians, MEPs, and international experts have lately reiterated calls to investigate the ongoing diversion of humanitarian aid destined to the Tindouf camps.