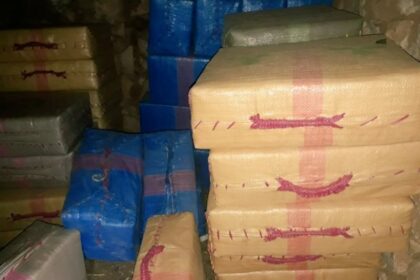 The Moroccan police have seized 860 kg of cannabis in the southern region of Guelmim and captured a 55-year old man for international drug trafficking.

The drugs were stashed in a site in the rural area of Oued Tizimi, some 70 km from Guelmim, said a press release issued on Thursday by the national police.

The anti-drug operation was carried out in coordination with the Royal Gendarmerie (county police). An investigation is underway with the major suspect to shed light on this smuggling operation, identify, and arrest all his accomplices and track down their links with international drug trafficking networks.

In May, the city’s police foiled a drug trafficking attempt and seized three tons of cannabis. Earlier in February, a drug-busting operation enabled the seizure of 7.5 tons of drugs and the arrest of 8 people.

These drug-busting operations are part of the sustained efforts made by Moroccan security services in the fight against all forms of transnational crimes, including drugs trafficking and dealers.