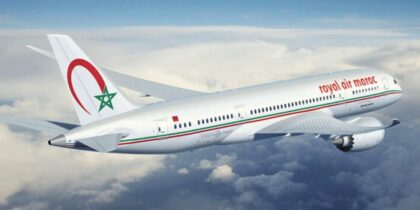 Morocco’s Royal Air Maroc, which has been hit hard by the coronavirus pandemic, will receive 6 billion dirhams (623 million dollars) from the government as part of a bailout plan.

Speaking to members of the Upper House, Finance Minister Mohamed Benchaaboun said that the aid is part of state assistance to public enterprises in disarray because of the pandemic.

RAM saw its revenues drop to zero because of a domestic and international flight ban following the coronavirus outbreak, leaving the company struggling to pay salaries and expenses with losses estimated at 100 million dollars so far.

The company has requested state aid and plans layoffs as well as canceling some routes it has opened recently. Local media said the company may go as far as selling some of its planes.

The airline has proceeded to deductions from salaries of its employees and froze investments after the coronavirus hit revenues.

A drop in RAM air links bodes ill for Morocco’s tourism sector, which braces for tough times with no end in sight yet in the coronavirus tunnel.

The government’s edited budget also provides for 1 billion dirhams in aid to state water and electricity utility ONEE and said it will put off taxes for companies and offer guaranteed loans to SMEs.

Over 70% of households have received cash from the government to cope with the pandemic.

A decrease in taxes and increase in spending and subsidies meant that the budget deficit will worsen to 7.5% this year from 4.1% in 2019 with growth estimated to contract to 5.8% according to the high commission for planning.