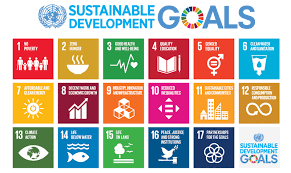 The Moroccan government has underlined the progress made towards achieving the 17 Sustainable Development Goals (SDGs), a roadmap set by the international community for building a better and more sustainable future for all by 2030.

Rabat has pledged to achieve the SDGs, which aim to end poverty, protect the planet, create job opportunity for youth, foster gender equality, justice, education, human rights, promote cultural understanding, ensure prosperity for all leaving no one behind…

During the UN High Level Political Forum (HLPF), which convened Monday in New York via videoconference to discuss Sustainable Development, minister delegate to Foreign Affairs Mrs.Nezha El Ouafi said Morocco, has since the early 2000s, been engaged in major socioeconomic development projects, a dynamic which has gained momentum with global SDGs program.

This landmark project has consolidated further Morocco’s reforms and inclusive development, added the minister, noting that the approach adopted by the Kingdom in this regard focuses on the promotion of human rights, the transition to the green economy, advanced regionalization, social & territorial cohesion, citizen participation, and South-South and triangular cooperation.

This strategy has enabled Moroccan economy to grow annually by 4.2 pc from 2000 to 2018, lower unemployment to 9 pc, decrease poverty rate from 8.9 pc in 2007 to 2.9 pc in 2018 and reduce inequalities between regions of the country, recalled Mrs. El Ouafi.

Morocco has also invested considerably in renewable energy and the rehabilitation of cities, expanded forest zones and enhanced the rights of women, children and persons with disabilities, she added.

Within the frame of its strong commitments to the SDGs agenda, the North African Kingdom has made of global partnership, in particular South-South cooperation, a cornerstone of its foreign policy giving priority to Africa, stressed the minister.