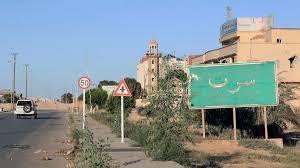 Turkey Monday said a ceasefire in Libya would not benefit its ally, the Government of National Accord (GNA), which has been halted in its push to recover the city of Sirte and Jufra air base.

Foreign Minister Mevlut Cavusoglu told local state broadcaster TRT Haber that the GNA needs to take back Sirte, the hometown of longtime and late ruler Muammar Gaddafi, and the Jufra airbase before it inks a ceasefire deal with rebel General Khalifa Haftar, who is backed by Egypt, Russia, UAE and France.

GNA forces are preparing to assault Sirte but Russia and Egypt have warned that the coastal city is a red line.

Haftar saw his military push to take over capital Tripoli derailed after Turkey entered the Libyan chess game through its military support to GNA forces.

North Africa Post's news desk is composed of journalists and editors, who are constantly working to provide new and accurate stories to NAP readers.
NEWER POSTCulture, ecology, well-being: the backbone of Essaouira’s tourism roadmap
OLDER POSTMorocco: Some districts of Tangier re-locked down to contain Covid-19 infections