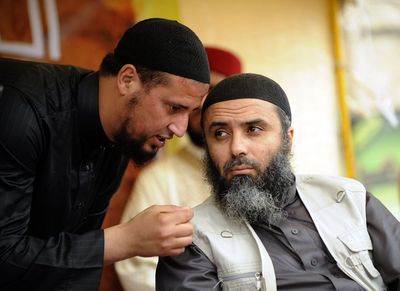 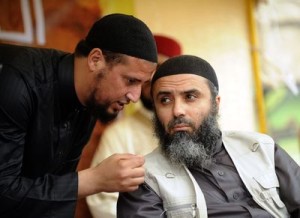 The Interior Minister, Lofti Ben Jeddou, claimed that Ansar al-Sharia is behind the killings of Mohamed Brahmi and Chokri Belaid. He presented proofs to back his claim before announcing that the objectif of Ansar al-sharia is to establish an Islamic emirate in North Africa. Ansar al-Sharia is an organization of ultraconservative Muslims known as the Salafis. Henceforth, the group is now considered as a terrorist organisation and an ally of Al-Qaeda.
During the minister’s press conference, he forwarded taped confessions of the group’s members and a document allegedly written by the group’s leader, Seifallah Ben Hassine also known as Abu Iyadh, pledging allegiance to al-Qaida. Ben Jeddou also presented the hierarchy of the group. Some of them were released from prison after the revolution. He warned Tunisians “to be careful” about how they treat the Salafists because “not all Salafists belong to Ansar al-Sharia” and that they “are children of this country.”
According to the Minister, 20 public figures are on the target list of the group. Among its targets are Mustapha Ben Jaafar, chairman of the assembly writing a new constitution, former Foreign Minister Kamal Morjan, Amer Larayedh, a senior official of Ennahda, and several journalists. Some opposition figures are also on their list.
The actions of the Salafists have been challenges for the government. Mustapha Ben Amor, a senior ministry official reaffirmed it when he disclosed that Ansar al-Sharia “was collecting large quantities of weapons, planned to spread chaos and create a security vacuum through assassinations, before seizing power and establishing the first Islamic emirate in North Africa.”
The group is also being held responsible for the deaths of Tunisian soldiersin Mountain Chaambi. Ansar al-Sharia has not responded to the declaration of the government.