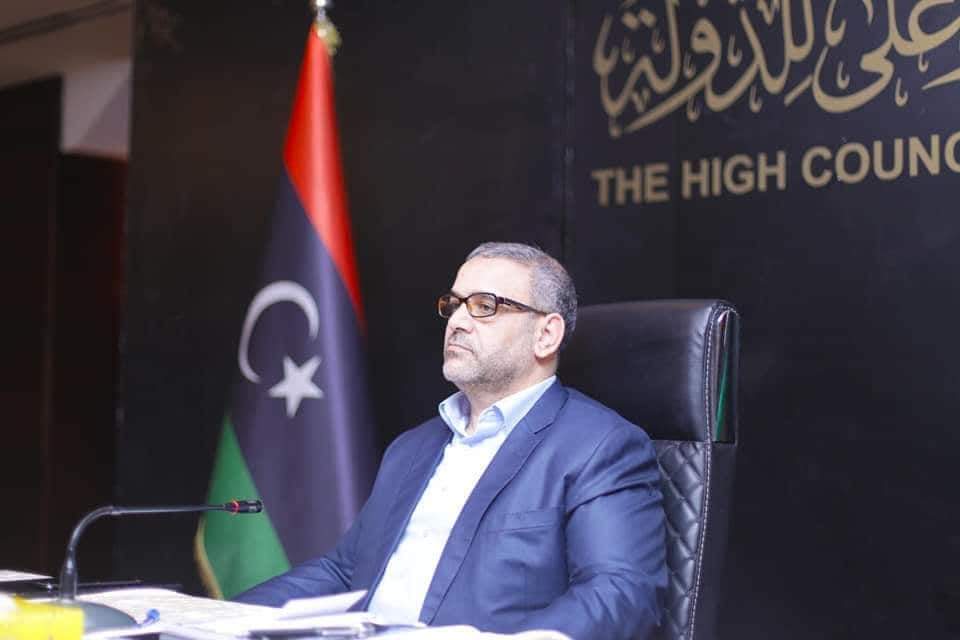 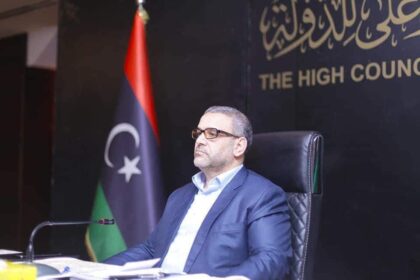 Head of the Libyan High State Council, Khalid al-Mishri, Wednesday laid into Tunisian President Kais Saied who urged Libyans to adopt a new constitution based on tribal experience and constitution in Afghanistan.

Saied, during his visit early this week in France, indicated that Tunisia will not allow Libya to be divided and called on Libyan factions to adopt a new Afghan style constitution built around tribes.

The Libyan conflict was at the center of talks held Monday in the Elysée Palace between the Tunisian president and his host President Emmanuel Macron.

Mishri, commenting on Saied’s remarks, said that the tribes are not political parties and that the Afghan experience cannot serve as a solution.

The Libyan official also rapped President Saied arguing that a Libyan tribe delegation that he received in December 2019 do not represent all Libyan tribes.

Mishri, who is aligned with the UN-backed Government of National Accord (GNA), said Libyan authorities in Tripoli drew the legitimacy from the inter-Libyan talks that lasted for months and were concluded in Morocco, in December 2015, with the Adoption of the Skhirat agreement.

“There is no need for more initiatives, all we need is to activate the political agreement to let GNA extend its authority across Libya,” he added.

The GNA has been facing tough rejection from a rival administration based in the east and backed by renegade General Khalifa Haftar, who launched an offensive in April 2019 to capture the country’s capital from the GNA’s control.

Last week his forces suffered huge loses and were forced to retreat.

The GNA is supported by Turkey and Qatar, while the rival administration is backed by UAE, Saudi Arabia, Egypt, and Russia.