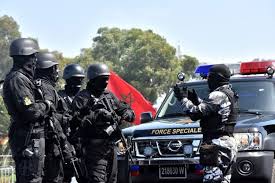 In its 2019 report on terrorism, Washington touted its robust and long-standing CT cooperation with Morocco, saying that Morocco’s counter-terror efforts largely mitigate last year terrorism risks, doubling the number of arrests compared with 2018.

The North African Kingdom continued to face sporadic threats, largely from small, independent terrorist cells, the majority of which claimed to be inspired by or affiliated with ISIS, says the report.

Morocco, which is an active participant in the Global Coalition to Defeat ISIS and a member of the GCTF, is currently the co-chair of the GCTF with Canada, recalls the document.

In 2019, Morocco’s Council of Ministers approved a draft law to manage trade in dual-use goods, which would give Moroccan law enforcement authority to control the import, export, and transit of dual-use goods and related services that could be used for WMD proliferation related purposes, to include the development of a WMD program, notes the State Department in its report.

In 2019, Moroccan security services arrested more than 125 people, dismantled over 25 terrorist cells in the early stages of planning attacks against a range of targets, including public buildings, public figures, and tourist sites, underlines the report.

To counter what it views as religious extremism, Morocco promotes a moderate version of Islam. Its Ministry of Islamic Affairs has developed an educational curriculum for Morocco’s nearly 50,000 imams, as well as for female clerics (mourchidates).