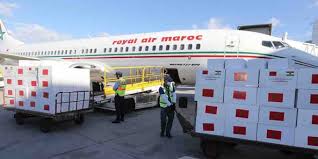 Royal humanitarian initiative for Africa, a tangible manifestation of regional solidarity – WHO

The World Health Organization (WHO) has commended the initiative of King Mohammed VI to grant medical aid to African countries as an act of benevolent generosity and a genuine and tangible manifestation of regional solidarity, in the fight against the Covid-19 pandemic.

“The generosity of HM King Mohammed VI in sending medical aid to the 15 countries of the African region to support their efforts against COVID-19 is a genuine and tangible manifestation of regional solidarity, which is part of the global solidarity that WHO has consistently called for,” the UN agency said in a note addressed to the Kingdom’s mission in Geneva.

“In the global fight against this common threat, we need each other,” WHO said, expressing its deep gratitude to the Moroccan Monarch for this benevolent gesture which, it added, testifies to the Sovereign’s “commitment” to “the other pragmatic and action-oriented royal initiative launched in April 2020, to support the different phases of the management of the pandemic by African countries”.

The medical supplies include equipment and drugs manufactured by Moroccan companies and meeting the standards of the WHO.

In its note, the WHO also congratulated the Moroccan companies that manufactured the protective products and equipment provided to African countries in accordance with WHO standards.