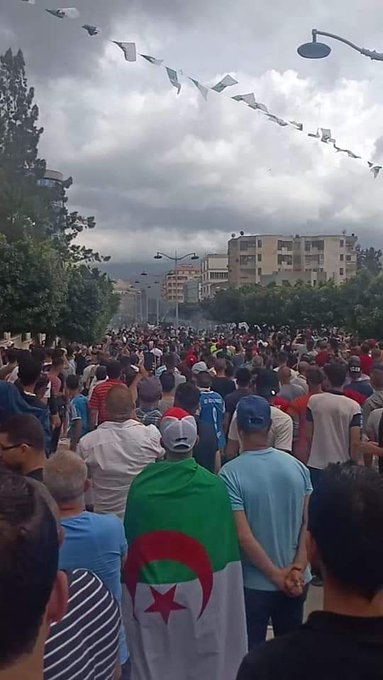 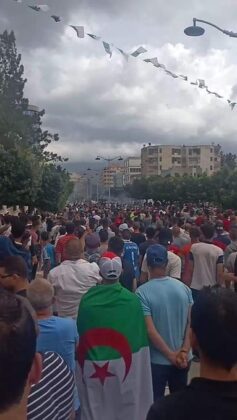 As soon as the medical containment was lifted, several hundred people took to the street for the weekly Friday demonstrations in several wilayas, notably in Kabylia (northwest), despite arrests, convictions of activists and risks related to the coronavirus.

The Algerian regime has actually multiplied in recent days the arrests and convictions of militants of Hirak in order to stem the resumption of the protest movements. Nevertheless, and although some Hirak leading figures have called for not taking the risk of demonstrating during these pandemic times, the weekly Friday demonstrations took place, notably in Bouira, Tizi-Ouzou and Bejaia, according to local media.

In some cities, security forces clashed with protesters, particularly in Bejaia, 245 km east of Algiers.

According to some videos circulating on social networks, the police used tear gas bombs and rubber bullets to disperse the demonstrators, which led to clashes in the city center.

In the wilaya of Tizi-Ouzou, police set up roadblocks to prevent the demonstrators from reaching downtown, but the latter took several other routes leading to the central police station, where they demanded the release of prisoners of conscience. However, no incident was reported during Friday’s march in Tizi-Ouzou.

In the province of Bouira, hundreds of people demonstrated, chanting the Hirak anti-regime slogans, and calling for the release of prisoners of conscience.

Dozens of arrests have been reported in several other wilayas, such as Algiers and Annaba, as well as in Kabylia.

In the city of Constantine, a strong deployment of the police and arrests conducted in the morning prevented the organization of the march.