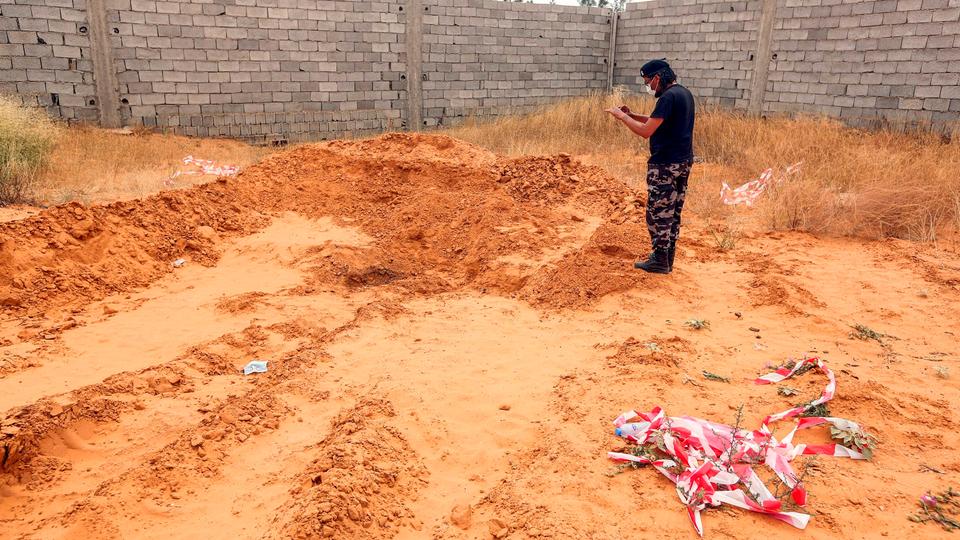 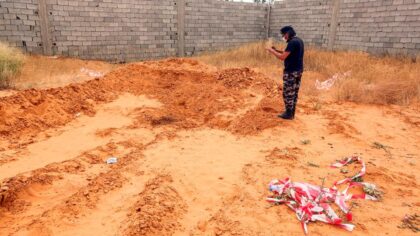 The European Union called on Tuesday for an immediate and independent investigation into the mass graves discovered lately in the Libyan town of Tarhuna, after it was recaptured from the forces commanded by Khalifa Haftar.

A statement issued by the EU spokesperson stressed the need of this probe to bring those responsible for these atrocities to justice. Eight mass graves had been discovered, mostly in Tarhuna, a key western town that served as a stronghold for Haftar’s forces in their 14-month campaign to capture the capital, Tripoli.

The EU statement calls on all parties to the conflict in Libya to protect the civilians and civilian infrastructure. It also urges the warring parties to immediately stop the fighting and agree on the modalities of a total ceasefire, under the Joint Military Commission, with the objective of urgently returning to the UN-led political process.

For his part, NATO Secretary General Jens Stoltenberg expressed deep concern over the reports about these mass graves, affirming that NATO supports the UN call for an investigation to hold those responsible of these crimes accountable.

He also stressed the need for a political, negotiated, peaceful solution to the conflict in Libya, saying NATO strongly backs the UN-led efforts and the Berlin Process.

“NATO is also concerned about the increased Russian presence in the eastern Mediterranean, in general, in Syria, but also, of course, in Libya”, underlined Mr.Stoltenberg.

The UN Chief Antonio Guterres, who said he had been deeply shocked by the discovery of multiple mass graves in Libya, has called for a thorough and transparent investigation and for the perpetrators to be brought to justice.

He urged the Libya-UN backed government to secure the mass graves, identify the victims, establish causes of death and return the bodies to their families.