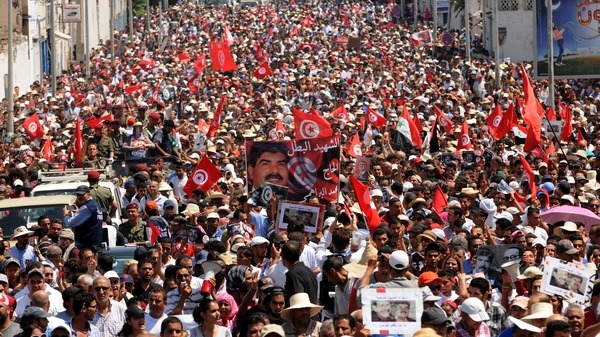 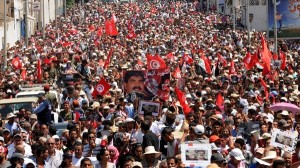 The political crisis in the country is gearing for another step as the Salvation Front, a coalition of secular opposition parties, could propose an alternative cabinet at an anti-government rally on Tuesday. Pressure is mounting on the government but Ennahda has vowed not to leave power.
The list of an alternative government from the Salvation Front could make negotiations between them and the government difficult. Ennahda party chief, Rachid Ghannouchi, said they are willing to have a dialogue with the opposition but the latter has declined such invitations.
There are reports that President Wided Bouchamaoui of Tunisia’s Chambers of Commerce and Industry could be leading the alternative government as Prime Minister. She was pleased to be associated with such a post but stated that she is “not interested in any position or political responsibility.” Bouchamaoui became the president of the Chambers after the revolution that ended Ben Ali’s reign. According to her, she is interested in strengthening the economy which is suffering from the political crisis that they are going through.
Karima Souid of the Massar party hinted that the salvation government is likely to be composed of “independent figures.”
Jilani Hammami, a senior Salvation Front member, has confirmed that they have made significant progress in establishing a list of their cabinet. The Front is enjoying the support of the influential and largest trade union of the country, UGTT. It has almost half a million members. Despite the Union being in support of the replacement of the government by technocrats, Speaker Mustafa Bin Jaafar of the National Constituent Assembly has suggested them as a mediator between the government and the opposition.
Tamarod Tunisia has claimed that it has gathered 1,6 million signatures for their petition against the government.