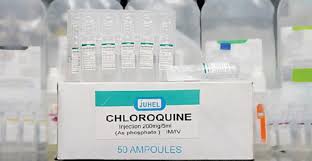 The World Health Organization (WHO) announced on Wednesday the resumption of clinical trials of hydroxychloroquine, nine days after suspending them following the publication of a study in the prestigious medical journal The Lancet.

The suspension of Solidarity trials on May 25 following the publication of the study in The Lancet, which found that the use of chloroquine and its derivatives such as hydroxychloroquine against COVID-19 was ineffective or even harmful, was decided to allow the WHO to analyze the available information, and a decision was expected by mid-June.

However, after The Lancet magazine distanced itself from the study on Tuesday evening, acknowledging in a formal warning that “important questions” hung over it, WHO released its findings earlier than expected.

The members of the Safety and Monitoring Committee thus considered that “there is no reason to change the protocol” of the clinical trials, insisted the WHO Director General, Tedros Adhanom Ghebreyesus. The Solidarity Trial Executive Group, which represents participating countries, “received this recommendation and approved the continuation of all aspects of the trials, including the hydroxychloroquine trial.’’ He added.

Despite the concerns raised by the WHO last week and the temporarily suspension of clinical trials, several countries, including Morocco, maintained the medical protocol based on chloro-quine in the treatment of coronavirus affected patients.

Minister of Health, Khalid Aït Taleb, has confirmed that Morocco continues using the medial protocol, although “opinions differ,” explaining and defending the effectiveness of Chloro-quine, which is involved in viral inactivation.

“The virus infects the host by entering the cell in several stages. One of the stages is inhibited by chloroquine,” the Health Minister said.