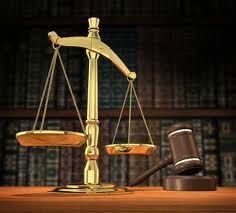 Soulaiman Raissouni, editor in chief of Akhbar Al Yawm, was arrested and will stand trial for sexual assault and detention after a complaint by an LGBT activist in a case that has created controversy between Moroccan rights groups.

AMDH, one of the largest rights groups in the country, has already taken sides issuing a statement demanding the release of the journalist without taking into consideration the right of the LGBT activist, known as Mohamed Adam, to make his voice heard and seek reparation.

AMDH and like-minded associations of the extreme-left showed contempt for justice and denied the right of the plaintiff to a fair trial in a blatant breach of the most fundamental human right.

AMDH went too far by issuing a statement in the name of a coalition including dozen other associations like the Moroccan branch of Amnesty, which denounced the move.

Internationally, Human Rights Watch and international press freedom watchdogs are taking a neutral stance because the case involves a man who claims to have suffered abuse and sexual assault.

Adam has also been lambasted for his homosexuality by Islamists who support Raissouni.

The homophobic attacks by pro-Raissouni Isalmists and ironically leftists triggered a statement from the plaintiff saying that he was aware of Raissounni’s support base and that his case is purely about rendering justice for the harm he has suffered and lived with and that it was impossible for him to bring the case to the court two years ago for fears of stigma because of his sexual orientations.

The fact that Raissouni is a critical reporter does not mean that he is above the law. It is high time extreme-left rights groups in Morocco dissociated between human rights activism and political score settling using rights.

Both Raissouni and his accuser have the right to a fair trial and the judiciary has the final say.