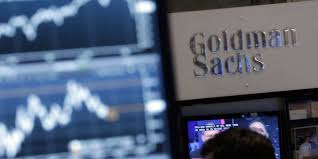 Morocco has devoted a huge budget to address the COVID-19 health crisis, becoming part of the top five countries worldwide that have devoted huge budgets to outweigh the economic impact of Covid-19.

According to data compiled by the American Goldman Sachs bank, Morocco is the fourth country in the world to earmark the largest amounts to fight the pandemic and its economic and social impacts, reported La Vie Economique magazine on its website.

Goldman Sachs bank said the Kingdom holds the fourth spot on the world ranking as it mobilized nearly 2.7% of its GDP to face the harmful impacts of the lockdown on the economic activity in general and on the purchasing power of citizens in particular.

Morocco is only surpassed by three countries on the world podium: Sweden (6% of GDP), Chile (4.7% of GDP) and New Zealand (4% of GDP), states the American bank, noting that the euro area mobilized 1% of GDP to the fight against the pandemic.

A recent study on the impact of the Coronavirus on the Moroccan economy, conducted by the trade section of the European Union’s economic delegation in Rabat, also hailed the quick response of Morocco to the pandemic.

The study, dated March 26, noted that Morocco was among the first countries to declare a state of health emergency and to impose confinement at an early stage of the spread of the pandemic.

The EU section recalled that King Mohammed VI ordered on March 15 the creation of a special fund for the management of the Coronavirus pandemic.

The Fund, which was endowed with an initial budget of $1 billion from the General Budget and which has collected more than $3 billion supplied by private and corporate donations, aims to offset the economic and social impact of the pandemic, as recommended by the economic monitoring committee. The fund is also meant to finance the upgrade of health equipment and services (purchase of equipment, upgrading of infrastructure and emergency treatment).

La Vie Economique recalled that the economic monitoring committee, which held its first meeting on March 16, set out the procedures for helping the poorest strata of society and employees who were forced to stop work.

The income of some 11 million people is at stake due to the effects of the pandemic, according to official data processed by the magazine.

The Minister of Employment and Professional Integration, Mohamed Amekraza, on his part indicated that 113,000 companies have declared a temporary work suspension since March 15, due to the nationwide COVID-19 lockdown, noting that all employees will return to work and companies will resume their activities at the end of the health emergency.

To alleviate the social impact of the lockdown, Morocco decided to give Monthly payments to workers affiliated with the pension fund CNSS as well as to informal sector workers.

The first phase, targeting beneficiaries of the free health coverage program (RAMED), will start disbursing the allowances as of Monday April 6.

Workers affiliated with the pension fund CNSS will start receiving  compensation for work suspension as of Wednesday April 8, 2020.

Other workers of the informal sector whose revenue was halted due to the restrictive measures to contain the virus will also receive compensations in a second phase.

The payments to the workers of the informal sector will be offered by the special fund.