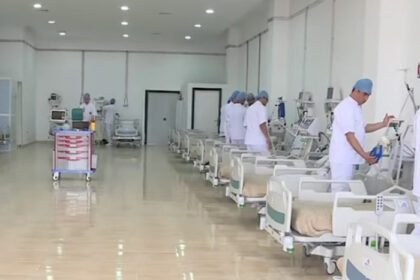 The Moroccan Royal Armed Forces (FAR) have completed the setting up of a first field hospital in Benslimane (near Casablanca) to support the country’s response to the Coronavirus, which has so far killed 40 people in the country, infected 676 while 29 others recovered.

According to the local Medi1 TV station, the field hospital was completed in six days. Several other similar hospitals will be deployed throughout the North African Kingdom for the treatment of Covid-19 patients, a move which will help to alleviate the pressure exerted on civilian medical facilities, said the TV channel.

Morocco’s King Mohammed VI has ordered lately the Royal Armed Forces to use field hospitals to support the health infrastructure wherever necessary.

Morocco has mobilized its intensive care units operating in the public and private sectors in addition to those of the army to enhance its capacities to cope with the invisible enemy, which continues to spread in the world.

Worldwide, the novel coronavirus cases threshold of 1 million is to be reached in the coming days, while the death toll has already exceeded 50,290.