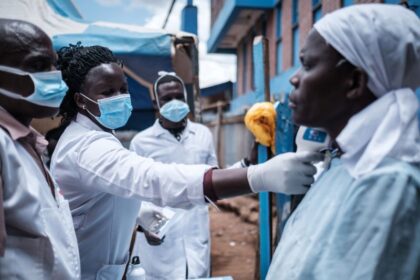 African finance ministers have requested the support of the International Monetary Fund, the World Bank and the European Union for bilateral, multilateral and commercial debt relief amid the coronavirus crisis.

The request was germinated from the second virtual meeting on Tuesday, hosted by Vera Songwe, Executive Secretary of the Economic Commission for Africa, and co-chaired by Ministers Tito Mboweni of South Africa and Ken Ofori-Atta of Ghana.

“The call for debt relief … should be for all of Africa and should be undertaken in a coordinated and collaborative way,” ECA said in a statement.

In an initial meeting organized by ECA last month, Finance & Economy Ministers called for a $100 billion stimulus package, including a suspension of debt service payments.

On Tuesday, the ministers also called for the creation of a special purpose vehicle to “deal with all sovereign debt obligations.”

The request comes amid the hardest time in the history of the globe, as the continent has already registered more than 5,000 cases of the COVID-19 from various nations, and over 200 death reported.

As much as it is a crisis of public health, the pandemic threatens to batter Africa’s economies, especially the countries and sectors dependent on trade. ECA estimated in a recent report that the continent could lose up to 1.4 percentage points of GDP growth as a result of the pandemic. Some analysts consider the figure much too conservative given the massive destruction of trade and economic activity around the world.

Already hit by the crash in oil prices, African countries including Angola and Nigeria that export oil could together lose up to $65 billion in income.
Additional health spending on the pandemic is expected to reach $10.6 billion across Africa.

If the pandemic and global disruptions are severe and endure, Brookings estimates that Sub-Saharan Africa will lose up to 2.1 percentage points in GDP growth.

Foreign Policy, in an analysis on how “Africa Is Bracing for a Head-On Collision With Coronavirus”, pointed out that “now that almost all of Africa’s 54 countries are reporting cases of the new coronavirus, one thing is certain: The pandemic will have drastic consequences in Africa, especially in the many countries that still have poor public health infrastructure and weak social welfare systems. For African economies, the shock will result in a drastic loss of revenues and slower economic growth. However, just as it survived Ebola, the continent will recover well from the coronavirus crisis—if its leaders act boldly now and the international community provides help where it is urgently needed. »