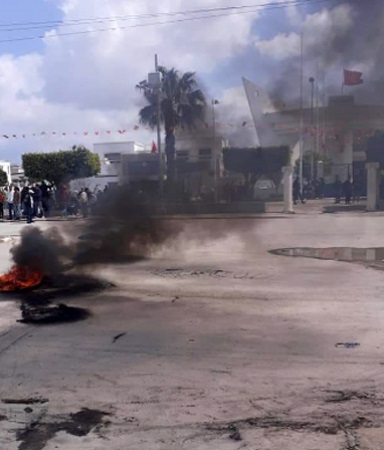 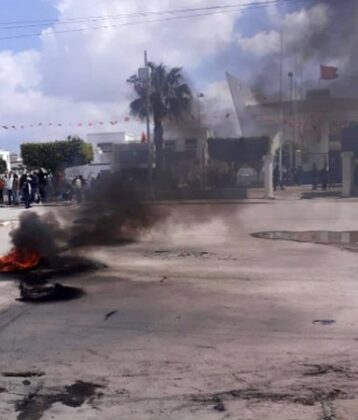 Protests broke out Monday in parts of Tunisia after some citizens gathered to request the exceptional social aid promised by the government to help cope with the lockdown measures in the fight against Covid-19 disease.

In the town of Mnihla, in Ariana Governorate, a large group of citizens rioted and burned tires in front of the local post station as they demanded social aid from the government following the reinforcement of the lockdown, Tunis Webdo reports.

Also in Ettadhamen, in the same governorate, another horde of people gathered in front of the town hall to demand social aid.

Tunisia has imposed nationwide lockdown and 6pm-to-6am curfew to help curb the spread of contamination. The disease has already infected 362 people and caused the death of 10 people.

The government last week announced an $850 million social package to mitigate the social and economic impact of the pandemic.

The cash-strapped Tunisia also received €250 million from the European Union, while the IMF pledged $400 million to help the north African country reinforce its response to the coronavirus outbreak.

Italy, the worst affected country in the EU block also promised €50 million.
The central bank lowered its interest rate by 100 basis points to 6.75% as the country braces for recession.

The Tunisian government has also postponed tax debts and taxes on small and medium-sized companies and put off repayment of low-income employee loans in addition to providing financial help to needy families.

North Africa Post's news desk is composed of journalists and editors, who are constantly working to provide new and accurate stories to NAP readers.
NEWER POSTTurkey: Inmates engage in fight against Covid-19
OLDER POSTCoronavirus: China to build hospital in Algeria