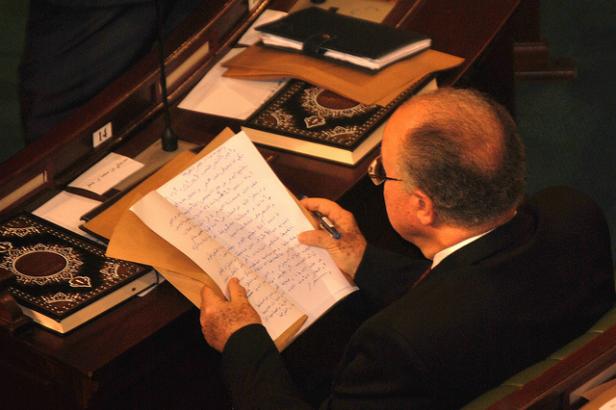 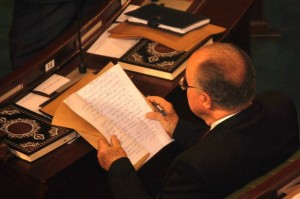 Tunisians have started pointing fingers at each other for the slow walk towards their expectations, 3 years after forcing Ben Ali to leave power. Some believe the failure to present a constitution for a referendum is a move engineered by Ennahda to regain its lost popularity before elections while others argue that financial issues are responsible.
Osama Al Saghir, a member of the Ennahda party and the Constituent Assembly acknowledged that the delay has led to some problems for the government. He justified the delay by saying that they are trying to “have ‘a clean hand’ and learn how to lead this country.” The constitution was expected to be completed within a year after the October 2011 elections.
Some citizens claim that members of the Constituent Assembly are delaying the constitution in order to continue earning a salary but Saghir refuted these claims. He said that they don’t have a “strict deadline” and don’t want to find themselves in Egypt’s situation of revising its new constitution. Four drafts of the constitution have already been made.
Amine Ghali, program director of the Kawakibi Democracy Transition Centre in Tunisia said the delay is a “tactic” by Ennahda to “regain their popularity.” He admitted that “democracy is a transformational process” but deplored that their “expectations about life after the revolution have not been met” as they continue to be “in transition indefinitely.”
Saghir argues that “today is very different from the first day in government and tomorrow will be even better.”
Corruption of state institutions has affected the transition. A judicial reform for a more independent judiciary with a High Commission of the Magistrates in order to separate it from the executive arm of government and the fight against corruption is being established.