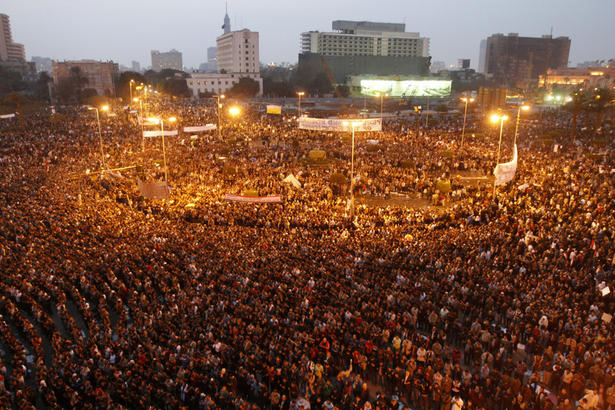 Planned protest goes ahead in Egypt 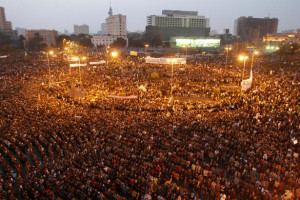 Lots of thousands of people have stormed the Egyptian capital to protest and demand the Islamist President Mohamed Morsi to step down from power as it marks a year since he came to power after the Ex President Hosni Mubarak was force to step down from office.
According to reports from the BBC at least one person has been killed at the protest in Cairo so far and 35 others injured including a police officer and a reporter. Meanwhile four others have been killed in the southern city of Assiut in the North African country.
Egyptians gathered at the Tahrir Square on Sunday waving flags and chanting “Get out!” referring to the president. This protest is considered to be the biggest protest that has been staged since the uprisings that ousted the former president Mubarak from power in 2011.
Many Egyptians said that the president didn’t fulfill his promises and failed to run Egyptian affaires accordingly both politically and economically which has caused a widespread anger amongst many Egyptians.
According to reports (Reuters Canada), President Mursi stayed out of sight but acknowledged through a spokesman that he had made mistakes while adding that he was working to fix them and was open to dialogue while showing no sign of quitting.
Although a vast majority of Egyptians want the president to step down there exist some Egyptians who are still by his side. In the Cairo suburb of Nasr City, thousands of Mr. Morsi supporters staged a rally which caused a clash between his supporters and opponents.