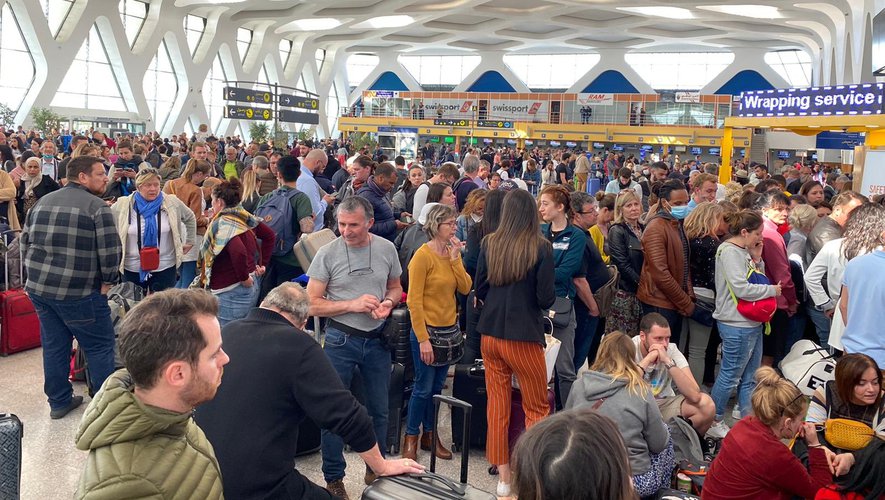 European tourists stranded in Marrakech airport waiting to be repatriated 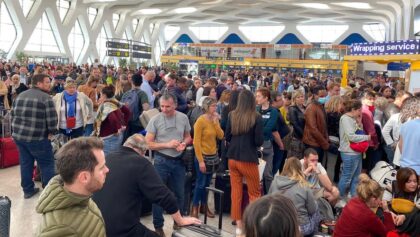 In Agadir, dozen French tourists staged a sit-in in front of their country’s consulate, asking for their repatriation.

Morocco halted flights with France, in addition to Italy, Spain, Belgium, the Netherlands, Germany, Sweden, Norway, Austria, Portugal as well as Canada and Brazil, and a number of other countries in the Middle East and Africa.

Nevertheless, Moroccan authorities have acceded to the request of several countries affected by the coronavirus epidemic to repatriate, via their carriers, their nationals from Morocco.

These countries include Algeria, France, Belgium and Germany.

The authorized flights to Morocco will be operated without passengers, and crewmembers will be required to stay on board the aircraft during stopovers.
Some Spanish tourists have been authorized to leave Morocco, after an exceptional opening of the land borders with the occupied Moroccan city of Sebta.

The flights suspension decisions were made in consultation with the leaders of the concerned countries and come as part of Morocco’s preventive measures to avoid the spread of the coronavirus in the country, especially that all the persons who tested positive to the virus in Morocco came from abroad.

Morocco is still in the first stage with 18 cases contracting the virus abroad with only one locally transmitted case, a Moroccan woman who was infected by her husband settled abroad.

Morocco recorded its first case of COVID-19 on March 2. Among the infected persons, six are French.

Morocco’s decision to halt flights will deal a blow to the tourism sector but that is a necessary sacrifice to protect the health of its citizens,

France confirmed 4469 cases including 808 on Saturday and 12 deaths the same day, bringing the number of total deaths to 91.